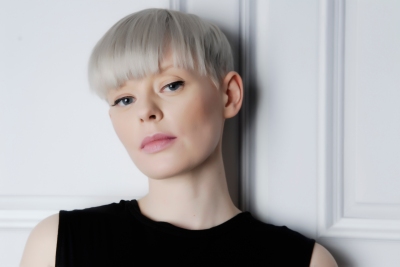 My trip to Malaysia last winter left me with a hankering to get to know the Far East better but even before that, reading Tash Aw’s Five Star Billionaire had ignited my interest in Shanghai, a place that sounds exhilarating and intimidating in equal measure.  Today I’m thrilled to welcome debut author Lucy Brydon to share the in-depth knowledge of this incredible city that comes from being up for (almost) anything – read on, and you’ll see what I mean before you even pick up Shanghai Passenger! (My mini review follows):

I moved to Shanghai in 2005 when I was twenty-one and didn’t know what to do with my life. I had just graduated from the University of Warwick with a BA in English Literature and Creative Writing. While I enjoyed my degree and struck up several significant creative relationships with other young writers and brilliant teachers including Maureen Freely, it didn’t equip me with much in the way of life skills. Such is the curse of the Arts degree, I hear you cry.

My then-boyfriend and I got jobs teaching English as a foreign language at secondary schools through the British Council for that stop-gap period between graduation and becoming a ‘proper adult’. I thought we’d go there for a year, come back and move to London. I ended up spending almost five years there before moving to Berlin, then New York and now London. And he’s still there!

When I think back to the 2007-10 period now, at thirty-one and settled in London for over three years, my relationship with the city reminds me of an enigmatic but toxic lover with whom one engages in an unsuitable affair. You both know isn’t going to work out but you stumble blindly on, passion overriding pragmatism.

My first year and a half was spent in a fairly safe cocoon hanging out mostly with other English teachers of a similar age and background, and a few Chinese I made friends with. After that, however, my long-term boyfriend and I broke up, my maternal grandmother died and my parents split up within a few months. While they were all major life events, my grandmother’s death in particular shook me up. I felt guilty that I hadn’t been there to say goodbye to her. She was a beautiful, gregarious and very creative woman who was always a lot of fun to be around. 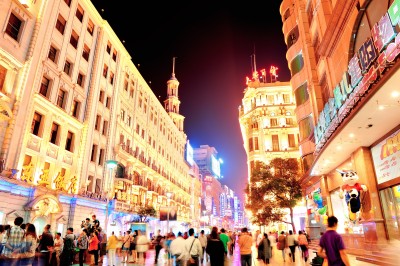 When I came back to the UK for the funeral, I reflected on what compromises she had made throughout her life – partly because of her difficult relationship with my grandfather. Returning to China, I realised that I wanted to live as much as I could to honour her. Whether she’d have approved of how I interpreted ‘living life to the full’ at that time is perhaps debatable – but at least the thought was there.

I think most artists I know have experienced a period of what could be referred to politely as ‘sustained misdirection’, and Shanghai – with its endless parties, colourful social scene, low rents and street food meals for less than a pound – was the perfect backdrop for a young person exploring their creativity. The city provided, and provides, a springboard for people to fulfill their ambitions and dreams. This is a major theme in Shanghai Passenger. At the same time, the dynamism of socio-economic change in the country was impossible to ignore. You went away for a couple of weeks and another skyscraper would have shot up by the time you got back. This geographical instability was itself incredibly invigorating. It felt like a place where things were happening. 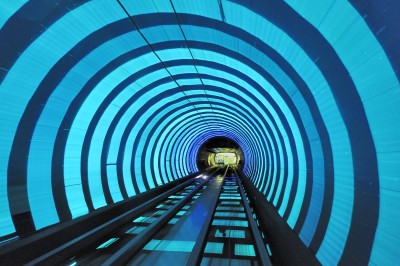 This attracts a wealth of independent-minded entrepreneurs. It also attracts more unsavoury characters, too. The FILTH (Failed In London Try Hong Kong) acronym applied to some expats in Hong Kong can certainly be used for Shanghai, too. Both cities provide such disconnection from the Western world that for many it is the opportunity for almost complete reinvention. I observed this in many of the off beat characters I encountered; from the ‘film producers’ who were felons in their native countries, to actors who hadn’t been able to get a gig at home but were now the leads in movies.

Alone and indulging in my twenty-something identity crisis anyway, I took full advantage of this aspect of life in the city. From 2007 until I left, I worked variously as an editor for a (now non-existent) fashion website start-up, screenwriter, journalist, and film producer at a (now non-existent) film production company as well as picking up modelling/acting gigs and attempting burlesque as one of the Dolls in China’s first burlesque club, Chinatown. I sang in a band called Resist, Resist, and made short films and visual art pieces. Like the narrator in the novel, I did at one stage work in a bar as a hostess where I just had to hang out and party with models (tough gig). I can safely say that in no other city in the world could I have done all these things, certainly not with such ease and while living on next to nothing. And it was damn good source material.

As a character in Shanghai Passenger comments to the narrator early on, ‘Shanghai’s a hard place to leave.’ It’s true. There’s nowhere like it. But, for a single Western woman, there’s nowhere that can be as alienating. Western guys cope with it differently (and receive a lot of romantic attention from locals, which creates a sometimes-uncomfortable dynamic in the dating scene). I saw some friends change to an almost unrecognisable degree. One even started to work in the sex trade, which is also in the novel. Eventually, I found that my sense of identity had eroded to the extent that I didn’t know – or, indeed, like – myself very much. That’s when I knew I had to go. And go I did. To Berlin.

I returned to the city recently to research my next novel. It’s called The Boy Who Died Comfortably, and is based on the true events surrounding the death of a boy who froze to death at a private school in Weifang although I have transposed the action to Shanghai. I admit I was nervous to revisit the city that had been a partner to the major misdemeanours of my twenty-something self. While it was a joy to revisit old haunts, much of it didn’t feel the same. Whole streets previously been populated with grocers and teashops had been almost entirely gentrified with safe-looking coffee places and Western-style bars. It was all very sanitary. But I left with a sense of closure.

Perhaps it has lost its edge, or I have. Or, most likely, a bit of both. Either way, I’m confident there will be other twenty-somethings there now making the best of all the opportunities and taking their own particular walks on the wild side. Good luck to them.

Photos supplied by the author were purchased from canstockphoto.com

Thanks to Lucy for this lively and entertaining insider take on Shanghai. (Am I the only one thinking I haven’t lived?!)

Have you been to Shanghai?  Or has any other place left this kind of mark on you? 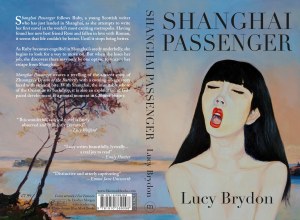 IN BRIEF: My View of Shanghai Passenger

If you’re a Literary Sofa regular, you’ll know that the writing itself plays a major part in my enjoyment and evaluation of anything I read.   This factor is regularly overlooked even in professional reviews. From the very start of Shanghai Passenger, Lucy Brydon’s prose stood out: sparkling, energetic and distinctive – all qualities of the book as a whole.  Shanghai rises up off the page in a crazy, cacophonous riot of often desperate characters in frequently sticky situations. Ruby is an unforgettable narrator whose outlook combines the vulnerability and search for self of the pre-‘proper adult’ with a knowing cynicism and sense of humour.  (This contains some of the funniest lines I have read anywhere – can’t quote, you have to be there!)  In its quality, brevity and originality this reminds me of Zenith Hotel by Oscar Coop-Phane; both with the potential to be even more satisfying full-length novels.  Maybe that’s just the novelist in me.  Or maybe it’s because when anything’s this good, you’re going to want more.

Thank you to everyone who entered this year’s Literary Lunch competition.  I look forward to meeting the winner, crime writer Janet O’Kane in real life – she’s the only self-published author to have appeared on the Sofa to date.  Many thanks are also due to Voula Grand, a good friend who has also visited the blog, for generously bidding £100 for the extra lunch in aid of the Save the Children Child Refugee Fund and to the others who made donations as a result.

Not sure what’s up next week – there will be something!

5 thoughts on “Writers on Location – Lucy Brydon on Shanghai”