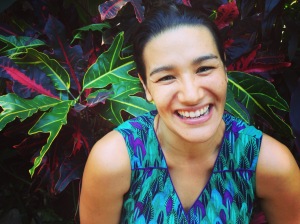 It’s always exciting when a guest post hits my inbox. The writers are here because I love their work, and the pieces invariably give a telling and enticing flavour of the writing and the book.  How they choose to go about that is entirely their call; although the Writers on Location posts often do inspire wanderlust (look at these photos!), the brief is actually the writer’s relationship with the place the novel is set.  Today’s contribution from author Clare Atkins is an exceptionally personal and moving example of this, and in my review at the end you can find out why her topical novel Between Us, one of my Summer Reads, made an equally strong impression.  But now it’s time for Australia’s first appearance in Writers on Location, and Clare’s Darwin story:

‘What is Darwin like?’ my friends have asked. ‘Do you like it up there? Does it feel like home?’ I say yes and no and I hate it and I love it and some days I drink it up and other days I spit it out. Some days are blasting with bright white light and vibrant green bush and glorious sunsets that streak the sky orange and pink. Others are spent huddled in air-conditioned rooms with mouldy curtains, staring wistfully at the washed out landscapes outside. The weather causes emotional storms, affecting you from the inside out. They say, ‘The way you describe it, it sounds confusing.’ And it is.

Darwin is a small city at the very top of Australia, which places it firmly in the tropics. It was dry season when I literally rolled into town; after two days of rough corrugated dirt roads from remote Arnhem Land the engine of our four wheel drive simply cut out, just as we turned off the highway in to the suburbs. It was an inconvenience, sure, but I barely cared: the air was crisp, the skies clear and uniformly blue. The gentle sun whispered of adventure. The promise of a new life.

It didn’t last long. The dry season never does. Heat crept into the days and, with it, dissatisfaction. I hadn’t wanted to move there. I missed the remote community where we’d been living. A marriage I’d thought was solid evaporated before my eyes. The dream of it haunted me, suspended mid-air, hazy in the humidity. The image I’d had of my life was suddenly as incomprehensible as the idea of a winter coat. Grief clung to me like sweat, sticky and unrelenting.

When the build up finally broke, the rain began. Sometimes, it poured down in sheets, other times violent splashes, as if dumped from an enormous bucket in the sky. It was wild and beautiful. A release.

I started to write. It was a story that had been on the edges of my imagination for years: about a boy, half Australian, half Vietnamese, just like me, and his father, a Vietnamese migrant who works in Wickham Point, the detention centre just outside Darwin. And then, arriving with the downpours outside, there came another character, just as vivid and strong. It was a girl who found her life in rubble and somehow, though I didn’t yet know how, found the strength to move through it.

By the time the wet season ended the story had splashed onto the page. The heat receded, and people began to reappear, streaming from the shelter of their air-conditioned houses out into the streets, the parks, the beaches, the great outdoors. Research began in earnest. I talked to anyone and everyone I could. Teachers, settlement workers, refugees, asylum seekers, young people, long-time Darwin residents, government employees, security guards. I drank in their words, relieved to float in someone else’s story, rather than drowning in mine.

And when the next build up hit, and then the wet set in, this time I was ready. I was armed with words and facts and character arcs and themes. I hunkered down and built my novel around me like a nest. A fortress against the weather outside. I knew my characters. I knew my world. I was hungry to find out what would come next. I still didn’t know how it would end.

The next dry took me outside myself again. This time, it was a season of sharing and collaboration. I sent my manuscript to the publisher, and my editor sent back notes. We went back and forth in an electronic dialogue, clarifying everything from punctuation to character and theme. Now that the storms had broken and the air was clear again, what was I actually trying to say?

Wet. Final edits done amidst floods of tears. My marriage had finally, completely, dissolved. I started walking, almost every day, up and down Casuarina Beach, in the sun, in the rain, I didn’t care. I stared out at the hazy blue crocodile-inhabited ocean, wishing I was somewhere, anywhere else.

And then one day the rain stopped. A parcel arrived in the mail. I opened it and pulled out copy after magical copy of my finished book. I called my kids over, wanting to share the small miracle. They were happy for me, but more interested in tossing the Styrofoam bubbles that had arrived with the books up in the air, letting them fall around us like raindrops. I held the book gently, lovingly, in my hands. It – somehow – had a beginning, a middle and an end. And, with the dappled sun falling gently on the cover, I smiled.

Thank you very much to Clare – I’m honoured to host this beautiful piece of writing showing the emotional connections we forge with places and nature.  Clare’s stunning photos make me glad I’m finally planning to return to Australia next year – I never thought it would take 30 years!  (Keep scrolling down for a gallery – I couldn’t bring myself to leave any out.)

IN BRIEF: My View of Between Us

Sadly, many of us see the world as an increasingly cruel and inhumane place.  Nothing demonstrates this more vividly than the migration and refugee crisis playing out around the world, and if I thought Between Us was topical when I first read it, it feels even more so after the latest anguishing scenes of children being forcibly separated from their parents in the USA.  That said, I am ashamed of what’s happening in my own country; it’s unfathomable, when history has repeatedly shown the cost of treating people as numbers instead of human beings. Translating contentious social and political issues into fiction is not an easy undertaking; many readers understandably view their leisure time as a chance to escape the tough issues of the real world, but others feel it is important to explore and reflect on them through storytelling, which lends an intimate scale to big questions.

When a writer approaches a topic with the sensitivity and responsibility which Clare Atkins has brought to her second novel Between Us, it is very valuable to be given the option.  Yes, the context of this story is depressing and sad, but there’s a lot more to it, and much that emphasises shared humanity over difference.  The three equally captivating voices of teenagers Jono, Ana and Jono’s dad Kenny create strong emotional bonds with the reader; the rapid alternating keeps the pace high and stops the mood sinking too much, although inevitably there are distressing scenes.  This novel has a strong compassionate message but avoids preaching; it’s full of tenderness, hope and light; despite their respective situations, Jono and Ana are both ‘normal’ teenagers.   Although this isn’t being marketed as a crossover novel, it has appeal for adults and readers of YA.  My son and I both rated it highly and had interesting discussions about a book I hope will reach the widest audience possible. 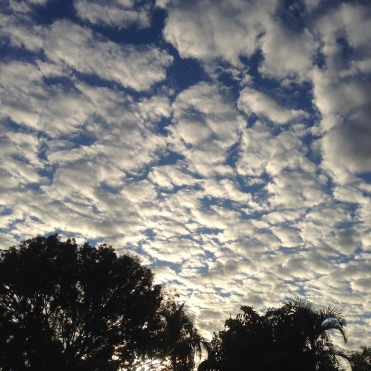 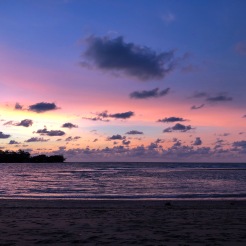 Next week my Summer Reads guest author programme continues with a second Writers on Location post from Philip Teir on Jakobstad, Finland, setting of his transporting lakeside novel The Summer House.

Last week I was invited to take part in author and blogger Ann Hirst’s Power of Three interview series, where I talked about the resilience and vision authors need to hold onto our love of writing – you can read it here.  Many thanks to Ann for hosting me.

It’s taken longer than we hoped, but details of the first open-to-all London date for my Resilient Thinking for Writers workshop with Voula Grand will be announced shortly and posted here.

Novelist and short story writer based in London. Debut novel PARIS MON AMOUR now out in digital and audio, paperback on 22 May 2017. Host of the Literary Sofa blog.
View all posts by Isabel Costello »
« Writers on Location – Kerry Hadley-Pryce on the Black Country
Guest Author – Catherine McNamara on Writing about Sex and Desire »

3 thoughts on “Writers on Location – Clare Atkins on Darwin, Australia”