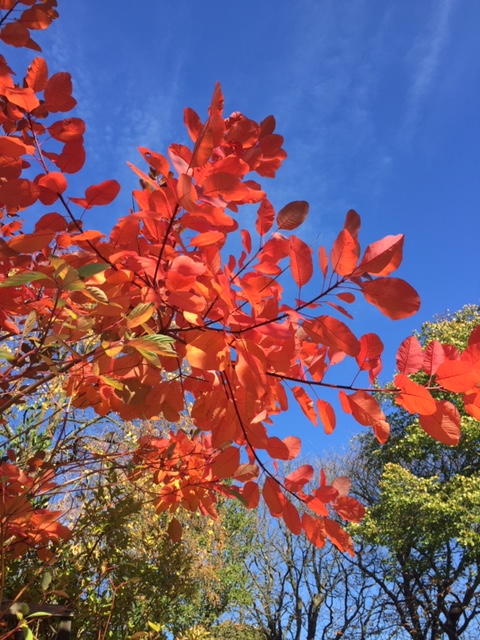 It’s hard to know how to introduce this year’s Autumn Sofa Spotlight, though that’s no reflection on the six fantastic books included.  When I announced I was taking a few weeks away from the blog before bringing you today’s selection, I had no idea this would coincide with the last agonising crisis in my mother’s long illness.  She died just days after the 28th anniversary of my Dad’s death, so as you can imagine this is a tough time for me and my family. BUT now I’ve dealt with the arrangements and to distract myself during the long wait, it feels important to go ahead with what I had planned for the blog.  Firstly because I’ve always been able to lose myself in a book even during the worst of times; it’s also a nice coincidence that half of today’s picks are translations from French* and I have Mum to thank for my love of all things France and books (and as a result, writing).

Unfortunately I haven’t got head space to do the usual ‘why I chose it’ on each of the books, but the blurbs (adapted from PR materials) give a good impression of what to expect.  You’ll just have to take my word for it that each of them shone with emotional intelligence and the quality of the prose – in fact, a couple will be on my Books of 2019 next month. I hope there’s something here to tempt you whether you prefer novels, short fiction or life writing, and I look forward to welcoming Linda Mannheim and Helen Young to the Sofa in the next few weeks.

* although I only read the original versions 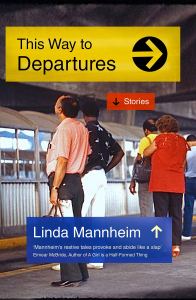 What happens when we leave the places we’re from? Linda Mannheim’s second short story collection tells the stories of twelve people who have relocated – both voluntarily and involuntarily. Butterfly McQueen, one of the stars of Gone With the Wind, becomes a tour guide back in Georgia when she discovers the only film roles open to her involve playing maids. Mia, a museum curator, attends a wrongful death trial after her childhood friend’s lawyer insists that a middle-class friend in the courtroom will curry favour with the jury. Laura, a Nuyorican reporter working in 1980s Miami, is enamoured with a Salvadoran asylum seeker who’s asked for her help, but is he who he says he is? This Way to Departures is a portrait of American society and the constant search for a place to call ‘home’. 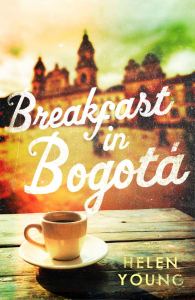 Bogotá, 1947. British architect Luke Vosey has left his past behind to undertake a commission for Anglo-Colombian Oil in South America. For Luke, this new venture seems to offer the chance to start again, but grieving and ashamed of his role in the war, he cannot run from the past or from his nightmares. He finds distraction with the whores of Las Cruces and in the friendship of a young newspaper journalist and finally with Felisa, a young draughtswoman with a passion for politics. Through her, Luke comes to understand the broken mood of the people of Colombia, a country on the brink of civil war. Then a bloody assassination on the streets of the capital sees everything he’s worked for destroyed. As the mob tears the city to shreds and Luke’s past is unveiled, can he survive to save others?

Gillam, upstate New York, 1970s: a town of ordinary, big-lawned suburban houses. Lonely Lena Gleeson wants a friend but new neighbour Anne Stanhope – cold, elegant, unstable – wants to be left alone. It’s left to their children – Lena’s youngest, Kate, and Anne’s only child, Peter – to find their way to one another. To form a friendship whose resilience and love will almost be broken by the fault line dividing the families, and by a tragedy whose true origins only become clear many years later. In this story of love and redemption, faith and forgiveness, childhood memories change when viewed from a distance, villains lose their menace and the innocent seem less so. It’s a story of how, if we’re lucky, the violence lurking beneath everyday life can be vanquished by the power of love. 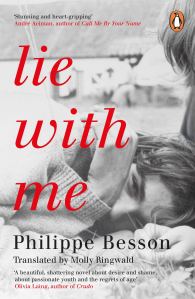 Just outside a hotel in Bordeaux, Philippe, a famous writer, chances upon a young man who bears a striking resemblance to his first love. What follows is a look back to Philippe’s teenage years, to a winter morning in 1984, a small French high school in a rural area, and a carefully timed encounter between two seventeen-year-olds. It’s the start of a secret, intensely passionate, world-altering love affair between Philippe and his classmate, Thomas. Besson’s exquisitely moving coming-of-age story captures the tenderness of first love – and the heart-breaking passage of time. 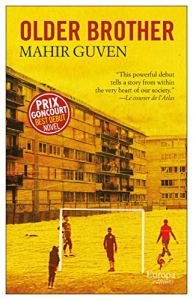 Big brother is an Uber driver in the Paris banlieue who spends eleven hours a day in his cab, ruminating about his life and the world on the other side of the windshield. Little brother set out for Syria several months ago, full of idealism. Hired as a nurse by a Muslim humanitarian organization, his recent silence eats away at his father and brother, who ask themselves over and over why he left. Alternating between humour and the gravity imposed by the threat of terrorism, Mahir Guven explores the contrasting worlds of Uberized workers, burdened by loneliness and struggling to survive, and those caught up in global jihad: indoctrination, combat, their impossible return. The story of a Franco-Syrian family trying to integrate into a society that doesn’t offer them many opportunities.

Sidi Bou Said, Tunisia: on the night after the terrorist attack killing thirty-eight tourists on the nearby beach of Sousse, a woman sits facing the sea, and attempts to take stock. Personal tragedies soon resurface, the unexpected deaths of a dear friend – a fellow writer who died just weeks ago at sea, having forsaken the work that had given his life meaning – and of her father, a quiet man who had left all that he held dear in Tunisia to emigrate to France in his later years. Through childhood memories and the prism of modern French classics, the story of Tunisia’s Jewish community is pieced together. Shifting from Tunisia to Paris to a Flaubertian village in Normandy, Colette Fellous embarks on a Proustian lyrical journey, in which she gives voice to loved ones silenced by death and to those often unheard in life. Her love letter and adieu to her native country becomes an archive – or refuge – for stories of human resilience.

If you like my selection and are on Twitter, any shares would be hugely appreciated as I’m not online much at the moment. If this is your first visit to the Sofa and you’d like notification of my weekly posts, enter your email address in the ‘Follow the Sofa’ box on the home page – (laptop view). Come back soon!