The Online You and Me 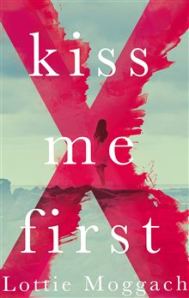 This week marks two years since I joined Twitter.  Within months, I’d started the Literary Sofa blog and the rest is…  amazing!  Now, wherever I go, people talk to me about things they’ve read or discovered here.  That makes me very happy.

I’m often asked ‘how I’ve done it’, especially by would-be or reluctant bloggers.  That’s flattering but not easy to answer.  I normally mumble something about it being a combination of enthusiasm and luck.  (I’ll endeavour  to come up with something more useful in a minute.)

Last July I wrote a piece about my first year online.  I still think social media is a positive thing.  As a writer it has been really good news for me, relieving the isolation of working alone at home day after day.  I’ve made dozens of new friends (many also in real life), been to events and workshops I’d never have heard of, entered lots of competitions (and even enjoyed some success)  I’ve taken part in spoken word events and loved it (something I never thought I would) and had two stories published as a direct result of being on Twitter.  Result!

Let’s face it – if it weren’t for social media, I wouldn’t be writing this and you wouldn’t be reading it.  And yet despite all the benefits, I have paused to reflect on the effects of social media recently: on me personally, on my family and on ‘society’.  This intensified when I read a novel which I instantly knew belonged on my Top 10 Summer Reads, Kiss Me First, by Lottie Moggach.

The magic of Kiss Me First is that it’s highly compelling with big commercial appeal but also thought-provoking on the issue of who we are online.  Just this weekend, a chilling and macabre story in The Guardian revealed that several women were deceived by an online dating fraudster who turned out to be a woman, not a 35-year-old man.  Tales of online identity deception aren’t unusual, from the very serious problem of adults grooming minors to ‘sock puppets’ hiding behind fake identities to say things they’re not willing to put their name to.  In Kiss Me First, one woman sets out to assume another’s identity online and things quickly become very complicated.

These are extremes and I feel sure most people using social media do so without any malicious intent, but even ordinary users can experience adverse effects.   Like many others, I do worry about what this means for real life social interaction.   If my 11-year-old is on his i-Pod, his 15-year-old brother is on Facebook, my husband’s on a bike forum and I’m chatting to you about the book I’ve just read on Twitter (and that’s a real example) – what does that say about us as a family?  I do insist that we sit down to eat and talk to each other but I bet I’m not the only parent to sometimes curse technology and wish half this kit had never been invented.   I’m convinced it’s incredibly damaging to children’s attention span – even if they do learn to multi-task along the way (our record is one person using four devices simultaneously and no, it wasn’t me.)

It’s not going to go away, but I think it’s right to question the possible consequences.

Twitter and Facebook can be addictive.  It would be possible to waste hours on there every day chatting, which might be fun, but that’s not how novels get written, or any kind of work done.  I enjoy Twitter but lately I’ve become acutely aware of its limitations.  It’s difficult to get into a proper discussion in 140 characters and that’s frustrating.  Blogs offer the opportunity to take part in discussions not limited by length by writing and commenting on posts.  In fact, that’s one of the reasons many people blog, so they can express what they really want to say, although –  and here’s a top blogging tip – it’s best to resist the temptation to drone on.  There are lots of competing demands on people’s time.  I’m far less likely to read blogposts that exceed the two screen ‘rule’ which is about 1,000 words!

Something I’ve always been attuned to as a writer, a linguist and human being:  communication is far harder when tone of voice, facial expressions and gestures are stripped out.  This, combined with enforced brevity, can result in misunderstandings online, even with people I know well in real life!

Context matters too.  I don’t like being able to see other people’s conversations on Twitter (which appear in your timeline only if you follow both parties).  OK,  you may get to join an interesting conversation, but sometimes it feels like eavesdropping.  You can forget other people are ‘listening’.  Conversations with people you know personally have a different tone and (despite what I said above) you mostly know where they’re coming from and they know you.  Someone ‘overhearing’ the conversation may not at all, and may take offence.

Once, I was having what my older son calls a ‘banterous exchange’ with a friend about the ridiculous complications of family life between generations.  I found myself about to tweet something referring to our different religious backgrounds (I still can’t say it).  My friend would have understood completely and also known that I meant no disrespect, but I realised in the nick of time how it might sound to someone who didn’t realise I was joking.

I find myself self-censoring a lot and I feel much duller for it.  Many of us aren’t only online in a social capacity after all; I’m a novelist looking for representation, not a reputation.

And that leads me back to the question raised in Kiss Me First – who are we and how much do we want or need to share to be ourselves online?  I agree with the social media advice to be your own best self (I’m assuming you’re witty, pleasant and engaging….)  Don’t snark or bitch and if people attack you – it’s happened to me – just  ignore it.  Where other writers’ work is concerned, the old adage If you can’t say anything nice…  is one that I follow.  My aim is to spread word of books I love, not slag off those I don’t.  It doesn’t mean I can’t have a balanced critical view and authors have even written thanking me for it!

Often, when I catch up with friends in person, they’ll say ‘I know your news already from reading the blog.’  When we get talking it’s clear that there’s a great deal I haven’t said – things I just wouldn’t share with the world at large.  When writing a blog, it’s essential to give something of yourself and for that to be genuine, but sometimes, as with writing fiction, it’s just as important to know what to leave out.

June was the second-busiest month ever on the Literary Sofa with several hot topics – I always aim to spark a debate!  I have high hopes of this one and to further encourage you to comment, Picador have kindly offered a first edition hardback copy of Kiss Me First which will go to a winner drawn at random from all who comment or share the link on Twitter or Facebook.  Closing Saturday 13 July 4pm GMT.

So what do YOU think?

31 thoughts on “The Online You and Me”