No matter what happens, I never stop reading so despite an exceptionally busy few months I am very excited to unveil my Fiction Hot Picks 2014.  As always, I considered dozens of titles, reading far more than the final twelve in full, to come up with a selection of well written new novels to appeal to a wide range of tastes and interests.  There are contemporary choices (3, 4, 5, 7, 9) alongside novels set in or spanning decades from the early nineteenth century (2) to the 1960s (10) via Victorian Gothic (12) and World War Two (8, 11).  The locations extend from New York (1, 4) and other parts of America to Brisbane (9), Paris and Antibes (6), Mallorca (7), Norway (11), London (12) and rural England (8).  Within these pages you’ll find the literary and the literary-themed, an existential identity crisis, a touching coming of age, family life in all its complexity, beautiful love stories and a short and steamy holiday fling.

I hope there’s something here for everyone.  I’ll be covering some of these titles – and other good books I couldn’t include – as they are released in the early months of 2014. 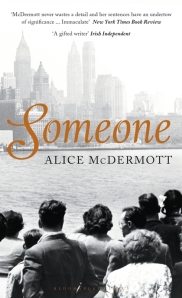 Someone begins on the stoop of a Brooklyn apartment building where Marie is waiting for her father to come home from work. It is the 1920s and in her Irish-American enclave the stories of her neighbours unfold before her short-sighted eyes. There is war-blinded Billy Corrigan and foolish, ill-fated Pegeen – and her parents’ legendary Syrian-Irish marriage – the terrifying Big Lucy, and the ever-present Sisters of Charity from the convent down the road.  Marie’s own history plays out against the backdrop of a changing world. Her older brother Gabe leaves for the seminary to study for the priesthood, his faith destined to be tested to breaking point. Marie experiences first love – and first heartbreak – marriage and motherhood, and discovers how time reveals us all to be fools and dreamers, blinded by hope, love and loss.

London, 1823. Mary Shelley’s real-life friend Isabella Baxter Booth is ‘disturbed in her reason’ – seeing ghosts and dependent on narcotics to escape a hellish life with an increasingly violent, deranged husband. Fearful of her own murderous impulses towards him, Isabella flees for her childhood home in Scotland, where she meets an ambitious young doctor, Alexander Balfour. He will stop at nothing to establish a reputation as a genius in the emerging science of psychiatry and he believes that Isabella could be the key to his greatness. But as his own torments threaten to overwhelm Alexander, is he really the best judge of which way madness lies? 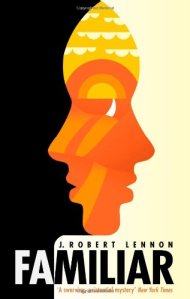 Elisa Brown is driving back from her annual visit to her son Silas’s grave. The road is flat and featureless, and so she finds herself focussing on an old crack in her windscreen. For a moment, she loses sense of all else around her.  When she comes back to herself, everything has changed.   The car she is driving is not the same car. Her body is more subtly changed. She’s wearing different  clothes. But a name badge pinned to her blouse tells her she’s still Elisa Brown. When she arrives home, her life is familiar-but different. There is her house, her husband. But in the world she now inhabits, Silas is no longer dead, and his brother is disturbingly changed. Elisa has a new job, and her marriage seems sturdier, and stranger. Has she had a psychotic break? Or has she entered a parallel universe? She soon discovers that these questions hinge on being able to see herself as she really is-something that might be impossible for Elisa, or for anyone.

The Manhattan funeral of Charles Henry Topping would have been a minor affair but for the eulogist: reclusive author A. N. Dyer, whose novel Ampersand stands as a classic of teenage angst. Now Andrew Newbold Dyer takes stock of his own life, the people he’s hurt and the novel that will endure as his legacy. He realises he must reunite with his three sons before it’s too late.  Eldest son Richard is a screenwriter in Californian exile. In the middle is Jamie, who has spent his life capturing the sorrow that surrounds him. And last is Andy, now a pupil at the boarding school that inspired Ampersand. Only when the hidden purpose of the reunion comes to light do the sons realise what’s at stake for three generations of the Dyer family. 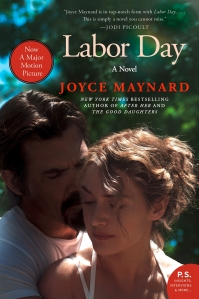 As a hot Labor Day weekend looms in Holton Mills, New Hampshire, lonely thirteen-year-old Henry spends most of his time watching television, reading and daydreaming.  For company Henry has only his long-divorced mother, Adele, his hamster Joe and awkward Saturday-night outings with his father and new stepfamily. Adele has a secret that makes it hard for her to leave their house, and a seemingly irreparable broken heart.   All that changes when a mysterious bleeding man named Frank approaches Henry and asks for help. Over the next five days, Henry will learn some of life’s most valuable lessons: how to throw a baseball, the secret to perfect piecrust, the breathless pain of jealousy, the power of betrayal, and the importance of putting others—especially those we love—above ourselves.

In the dazzling summer of 1926, Ernest Hemingway and his wife Hadley travel from their home in Paris to a villa in the south of France. They swim, play bridge and drink gin. But wherever they go they are accompanied by the glamorous and irrepressible Fife. Fife is Hadley’s best friend. She is also Ernest’s lover.  Hadley is the first Mrs. Hemingway, but neither she nor Fife will be the last. Over the ensuing decades, Ernest’s literary career will blaze a trail, but his marriages will be ignited by passion and deceit. Four extraordinary women will learn what it means to love the most famous writer of his generation, and each will be forced to ask herself how far she will go to remain his wife.

For one family, the carefully laid jigsaw of life is about to be broken.   Jenn and her husband Greg holiday each year in a villa on the mountainous west coast of the Spanish island of Mallorca. But this year the equilibrium is upset by the arrival of Emma, Jenn’s stepdaughter, and her boyfriend Nathan. Beautiful and reckless, Nathan stirs something unexpected in Jenn. As she is increasingly seduced by his youth and the promise of passion, the line between desire and obsession begins to blur. What follows is a highly-charged liaison that puts lives and relationships in jeopardy.

Roberta likes to collect the letters and postcards she finds in second-hand books. When her father gives her some of her grandmother’s belongings, she finds a baffling letter from the grandfather she never knew – dated after he supposedly died in the war.

Dorothy is unhappily married to Albert, who is away at war. When an aeroplane crashes in the field behind her house she meets Squadron Leader Jan Pietrykowski, and as their bond deepens she dares to hope she might find happiness. But fate has other plans for them both, and soon she is hiding a secret so momentous that its shockwaves will touch her granddaughter many years later. 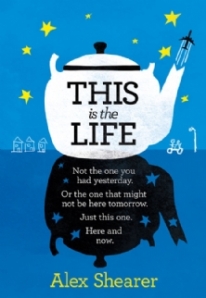 Even when you’ve received a death sentence, you still have to live.  Set in Australia, this is the story of eccentric misfit Louis and the devoted and long-suffering younger brother who travels from the UK to support him when he falls seriously ill.  Two brothers on one final journey together, wading through the stuff that is thicker than water.  Tender-hearted, wise and at times achingly funny, This is the Life is a moving meditation on life and loss.  The novel was inspired by the author’s experiences of his late brother’s illness. 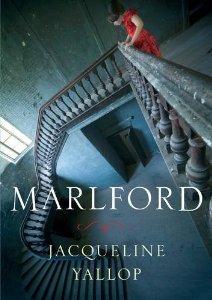 Ellie Barton has spent her young life living in the dilapidated manor house with her elderly father. Her duty is to her aristocratic lineage, something of which she is often reminded by those few people around her. But the local village of Marlford, founded by her grandfather, is in decay: subsidence from the old salt mines is destroying the buildings, the books in the memorial library are mouldering, and old loyalties and assumptions are shifting. It’s the 1960s and when two idealistic young men decide to squat in the closed wing of the house, they show Ellie a world beyond Marlford, and she begins to feel trapped beneath the unbearable weight of history and expectation.

July 1940. Eleven- year-old Lydia walks through a Suffolk village on a baking hot day. She is wearing a gas mask. The shops and houses are empty, windows boarded up and sandbags green with mildew. She strikes off down a country lane to a large Edwardian house, the house she grew up in. But Lydia finds it empty too, the windows covered in black-out blinds. Her family are gone.  Late that night a soldier comes, gun in hand, heralding a full-blown German invasion. There are certain rules she must now abide by. He says he won’t hurt Lydia, but that she cannot leave the house.   But is he telling the truth? What is he looking for? And how does he already know her name?

London, 1892: When James Norbury, a shy would-be poet newly down from Oxford, finds lodging with a charming young aristocrat he is introduced to the drawing-rooms of high society and finds love in an unexpected quarter. Suddenly he vanishes without trace and his sister Charlotte sets out from their crumbling country estate to find him. In the sinister labyrinthine city that greets her, she uncovers a secret world populated by unforgettable characters: a female rope walker turned vigilante, a street urchin with a deadly secret, and the chilling “Doctor Knife.” But the answer to her brother’s disappearance ultimately lies within the doors of one of the country’s most mysterious institutions: The Aegolius Club, whose members include the most dangerous and ambitious men in England.

Congratulations to these talented authors, five of them debut novelists, and many thanks to the editors and publicists who keep me up to date with new releases all year round.  It’s been an amazing year on the Literary Sofa with more hits than ever, so a big thank you to everyone who reads and supports the blog.  If this is your first visit, I hope you’ll come back.

UPDATE – by popular demand, I am tweeting some of the qualities which earned each title its place here under #hotpicks14

COMPETITION TO WIN THE HOT PICKS 2014 TITLE OF YOUR CHOICE has now ended.  The three winners were:

Claire King who wins a copy of FAMILIAR.

Claire Fuller who wins a copy of THE DYNAMITE ROOM on publication.

Ness Welham who wins a copy of MRS SINCLAIR’S SUITCASE on publication.

There were well over a hundred entries – thanks to everyone who nominated their most wanted title.  Really interesting!

PLEASE SPREAD THE WORD!  I do all this for love, not money… If you like my selection, please share it on Facebook and Twitter (or anywhere else).  Everybody who does will automatically be entered into the competition, so if you also enter on the blog, you double your chance of winning.

I’m now taking a break until the new year to spend time with my family and put the finishing touches to my manuscript before it goes out to publishers.  Enjoy the festive season!