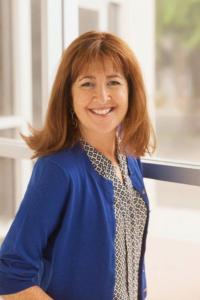 The Writers on Location slot returns today and I’m delighted to welcome Laura McBride, debut author of We Are Called to Rise, which is one of my Summer Reads 2014 and the current Radio 2 Book Club choice. Like many readers I love to discover new places through fiction and also to revisit familiar ones – as a good friend lives there, I have been to Las Vegas several times. Originally from Spokane, Washington, Laura has lived in Vegas for many years and is the first Writer on Location to talk about setting a story in her home town. Las Vegas is one of those iconic places with an image known to everybody and whilst Laura’s extraordinary novel has other more obvious qualities, I was fascinated to discover a different side to this complex city (my mini-review follows):

I live in a place that might be considered exotic (or bizarre or fantastic, fanciful, implausible, preposterous, incredible: there’s a long list of adjectives, often conflicting, that might be applied) and I wrote about Las Vegas not as an exotic place, but as an ordinary one.

Somewhere in We Are Called to Rise is a line about how Vegas children do not notice the oddities of their city – the naked women on the billboards, the blitz of neon lights – but in my family, we have one particular story that illustrates this. My daughter played soccer for years, and she often practiced at a somewhat run-down soccer complex near the old highway that runs from Hoover Dam to downtown Vegas. When she was about 13, she started talking about a sign near the soccer fields that she found inspiring. She read the sign as an exhortation to be oneself, to be open to new ideas, and to live fully. The sign – which she read with a short vowel “i” instead of the long vowel “i” that the owner of the “bookstore” most certainly intended – was “Live Nude.” We have, of course, adopted “live nude” as a family motto.

And as funny as that story was to me, it also touched a nerve. I had not wanted to live in Las Vegas – in another version of my life, I would have been someone who would never visit Las Vegas – and it particularly bothered me to raise my children here. The schools were overcrowded and constantly ranked at the bottom of every national list. The celebration of women as sexual objects for the pleasure of men drove me insane. And the proudly anti-intellectual banter that characterized some daily interactions was just something one endured, and did not share with friends or family who lived elsewhere.

But now that my daughter has graduated from one traditional east coast college, and my son is about to matriculate at another, I have come to see that Las Vegas offered something quite special to my children, and has perhaps uniquely suited them and their peers for a 21st century world. 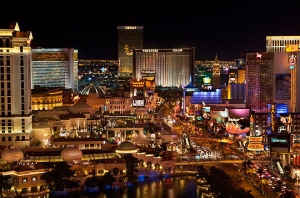 My children have never been in a group – at school, on a team, while at play – in which anyone would assume a shared cultural position on almost anything. Las Vegas is a boomtown, filled with people from all over the world, and because most of us just live in the neighborhood that was being built when we arrived, and because 93% of our children go to one of those chaotic, overcrowded public schools, this is a boomtown community with a lot of shoulder-rubbing.

One of my daughter’s soccer teams was filled with native Hawaiians; they called themselves Ohana and cheered each other on in Polynesian phrases that my daughter did not even realize were not English. Another team was largely Hispanic, and the coach translated his instructions into English for her.   My son, raised Jewish, has a kurta that he can wear when his Pakistani friend is celebrating Ashura. My children have intimate friendships with devout Mormons, devout Evangelicals, devout Muslims, devout Jews, and devout Hindus.   They’ve always known that a child might think of Friday, Saturday, or Sunday as a religious day, and that food and drink preferences might be an expression of belief rather than taste.

Las Vegas communities aren’t just ethnically and religiously diverse, they are economically so. While the city is gradually sorting into a place that separates the haves from the have-nots, for the booming years that my children were young, the social classes were pretty mixed up as well. Scarce housing threw professionals and laborers on to the same neighborhood streets; rapid development put multimillion dollar homes next to weekly rental units. Vegas has also been a city where education is not closely tied to success, where many a community leader never went to university, and where strong unions have meant middle class lives for culinary workers, musicians, and hotel maids.

All this means that Vegas children learn early on that people can be very different – in their customs, their beliefs, and their aspirations. They learn early on not to assume that someone might have been raised with the same ideas as they were. Difference is not scary, nor off-putting, nor lightly dismissed. As a general statement, Vegas kids are comfortable in a global world, and in a fluid one; they find themselves perplexed by the labels that other communities assign to individuals so readily.

We Are Called to Rise takes my Vegas, the diverse disorderly boomtown place where I have long lived, and explores the lives of three people who intersect there. Las Vegas is no utopia, but it is a place that succeeds at economic mobility, that often succeeds at diversity, and that affords a great many people a first chance, or a second, or a third. Witnessing that such things are possible is not a bad way for a child to start off in this life.

I’d like to thank Laura for this thought-provoking piece. The Radio 2 Book Club selection is well deserved.

IN BRIEF: My View of We Are Called to Rise

Some claims and adjectives crop up repeatedly in book publicity, but when Laura McBride’s UK editor told me this novel was redemptive, she was absolutely right. I am lucky if I come across one novel per year as emotionally engaging as this. It’s a difficult and at times harrowing read, but this is mitigated by beautiful, sensitive writing and a deep sense of compassion. Laura McBride shows great skill in her handling of four very different voices and four lives intertwining in the most unlikely of ways, taking a shocking true story as her starting point. Shining a light on immigration, war and child welfare, this a serious but uplifting book.  Its unmistakable message of hope and faith in human nature is overemphasized but the characters were so raw and convincing that it made me cry, and that doesn’t happen very often. Outstanding.

Next week, another Writers on Location post from Kerry Hudson, author of critically acclaimed debut Tony Hogan, who shares her travels in Siberia to coincide with publication of second novel, Thirst, another of my Summer Reads.

Novelist and short story writer based in London. Debut novel PARIS MON AMOUR now out in digital and audio, paperback on 22 May 2017. Host of the Literary Sofa blog.
View all posts by Isabel Costello »
« Guest Author – Linda Grant on The Self in Fiction
Writers on Location – Kerry Hudson on Siberia »

3 thoughts on “Writers on Location – Laura McBride on Las Vegas”