Writers on Location – Elise Valmorbida on the Veneto, Italy

Of the many selections I’ve put together, I don’t think any have received such an enthusiastic response as my Summer Reads 2018 – many thanks for your interest, appreciation and especially for sharing it.  At a time when the role and motivation of book bloggers is (yet again) under discussion, the joy of spreading the word about books I love – which often aren’t the ones everyone’s talking about – is rewarding enough for me.

So on that note I am delighted to be opening the summer guest author programme with a visit from Elise Valmorbida, presenting the Veneto region of Italy where her novel The Madonna of the Mountains is set.  I had high hopes of the book after seeing Elise interviewed by Hannah Beckerman, a sparkling and fascinating conversation – find out how it measured up in my review at the end of the post:

I grew up in Australia, but my blood is Italian, and I have the foraging gene. It comes to the fore on country walks when I see a random apricot tree, a prickly pear cactus, or a patch of wild bilberry bushes, just waiting to be plucked of their sun-sweet fruit. The hike comes to a halt—and becomes a harvest. 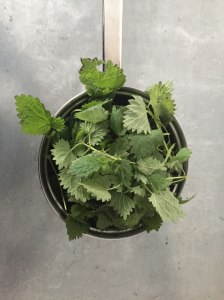 In Italy, in all the seasons, I’ve seen groups of people going wild for things that spontaneously shoot and sprout and flower. I join them. It’s an unexpected bit of prospecting. Who cares if I have to wade through mud, or climb a cliff? I feel a quiet, determined, mindful frenzy. Fortuna has thrown something special our way. This bounty may not be here tomorrow.

The foraging addiction is not spurred by avarice or gluttony, although there is a reward for all that straining and finger-pricking: free food! And there is ecstasy in a wild asparagus omelette, sweet fritters of fresh ‘acacia’ blossoms, or pasta sauced with this morning’s pick of stinging nettles. But the joy of foraging is more than gastronomic indulgence. For me, it’s an intimate connection with Nature. And it taps into my roots, further back than I can know.

My family hails from the Veneto, a region of mountains, the Dolomites and Alps bordering Austria to the north, and fertile flatlands that extend to the Adriatic Sea in the east. The setting of my novel The Madonna of the Mountains is very specifically the rural Veneto—not the sophisticated university cities of Verona, Vicenza, Padua or Venice. Starting in 1923, the story moves from a remote mountain hamlet, a huddle of households, to a small country town in the plains.

In the early 1900s, life here was much as it had been for centuries. My characters “work so they can eat, and eat so they can work”—as the Veneto saying goes. Food is nothing if not landscape. Food is the earth, the details of weather, the rituals of saints’ days enmeshed with the seasons, the making and mending of equipment, the tasks of growing, harvesting, cooking, salvaging, conserving. Food is survival through snowbound alpine winters. Food is survival in the face of sanctions and world wars. Under Nazi occupation, Italy’s north-east was still being devastated long after the liberation of Rome. I’ve loved the Veneto since my childhood, thanks to migrant tales and real visits too.

Over the decades, I’ve sat in countless kitchens, taking notes about courting, conscription, making gnocchi, planting according to the moon’s cycle… I’ve picked beans with my aunt in burning summer heat. I’ve seen corn grow tall. I’ve chatted with old farmers who use sickles and scythes. I’ve hiked up the precipitous mountain paths and tunnels engineered by Italian soldiers in 1917 to defend against Austrian invasion. I’ve skidded across a winter lake frozen solid. I’ve attended sagra gatherings, where crowds of people celebrate the local pea or the porcino, eating and drinking al fresco late into the night, sharing stories with strangers. 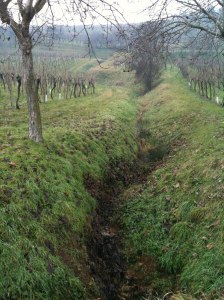 On lazy days, I’ve wandered along ditches—they’re a distinctive element of the Veneto countryside, and they feature in my novel. My characters know that a ditch is where they’ll find aromatic plants and edible frogs, a line of mulberry trees, perhaps a Blackshirt on guard. Fosso, the fictional town in my book, means ditch. It’s the kind of name a real town here would have.

I’ve been lucky enough to go mushroom-picking in the Dolomites with a licensed picker. (Everyone needs a permit, even day-tripping tourists.) This family friend is a local schoolteacher, and a mushroom maven. She knows the poisonous from the delicious, how to forage without causing damage, and to be selective about what she takes from Nature. In my notebooks I’ve written the Veneto names she patiently taught me.

I’ve walked with her in the pastures between peaks where alpine cows graze, where wildflowers and herbs grow in the fine grass: buttercup, borage, saxifrage, gentian, daisy, crocus. In the clean air, in the high-altitude light, everything appears intense and clear-edged. 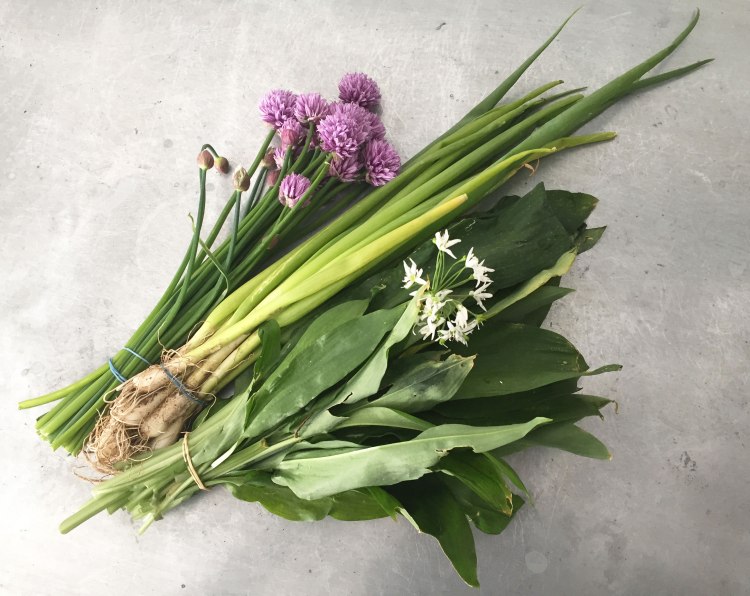 Once my novel was underway, I knew that these real-life experiences were not enough for the fiction to feel grounded. I became obsessive about research. I foraged for folklore, for documented history, for living memory. I was greedy. I devoured books, in English and in Italian. I studied Italian films. I wanted to write with an intimate, near-documentary gaze as I described the threshing of corn or the slaughtering of a pig. The Madonna of the Mountains is about a particular place, and people shaped by that place.

My own story is made of that place.

Grazie mille to Elise for this beautiful atmospheric piece which I’m sure will literally whet readers’ appetite for the novel!

Author photo © Geza Singer, other photos by the author

IN BRIEF: My View of The Madonna of the Mountains

The Madonna of the Mountains is a complex and intimate portrait of a woman’s life over decades, inextricably bound to place and political context.  Many readers outside Italy will appreciate a less familiar perspective on the first half of the 20th century, centering on the Fascist Era.  Structuring a novel in seven parts separated by many years will impact on flow and narrative arc in the hands of any author, but Elise Valmorbida compensates by creating characters, a family and a community worthy of sustained emotional investment. Although the publishing industry’s use of the term ‘strong woman’ generally makes my hackles rise (it’s the subtext), Maria is undoubtedly strong, courageous and resourceful, but also fallible, vulnerable and conflicted.  Her life and dilemmas feel acutely real and relatable even at this remove, and I found the evolution of her relationships with her children, who we see from birth, moving and fascinating.  There is a tangibly physical sense of place and whether a scene is sensual and romantic (yes, I do have one in mind) or brutal and shocking (there are many), the prose is lyrical and exquisite. Highly recommended to anyone who loves character-based historical fiction, Italy or nature, this novel has themes and qualities in common with Sarah Day’s Mussolini’s Island, one of my Books of 2017.

The Summer Reads guest author programme continues next week with Emily Critchley, author of Notes on my Family, on writing a (YA/adult) Crossover Novel.

Novelist and short story writer based in London. Debut novel PARIS MON AMOUR now out in digital and audio, paperback on 22 May 2017. Host of the Literary Sofa blog.
View all posts by Isabel Costello »
« Summer Reads 2018
Guest Author – Emily Critchley on Writing a crossover novel »

5 thoughts on “Writers on Location – Elise Valmorbida on the Veneto, Italy”