Let’s begin with something that’s rarely disputed: sex is difficult to write about – in fact some think it’s impossible. The Elvis Costello quote Writing about music is like dancing about architecture is sometimes paraphrased to writing about sex. Fantastic line, but the fact that it originally applied to music is interesting. Surely many things are hard to capture in words but does that mean it shouldn’t be attempted?

The main problem isn’t that it’s so hard to write well about sex – it’s that it’s so easy to do it badly. Booker prizewinning author John Banville’s explanation is one of the best I’ve heard:

What people feel they are doing is so discontinuous with what they are actually doing.

Sex, which Banville describes as this extraordinary act, is one of the few aspects of life to remain private, even in an age when we are surrounded by sexual imagery and so many are hooked on ‘sharing’.  No wonder then, that reading another person’s vision of a sexual encounter can provoke such strong reactions. There’s nothing like the discomfort of a bad sex scene – they can be excruciating, voyeuristic and repellent, even when penned by leading novelists, many of whom have been nominated for the Literary Review’s Bad Sex Award, a particularly British annual source of amusement.

The best writing advice I’ve heard on the subject (though I can’t recall where) is not to mix sex and emotion (at least not love) in the same scene** – it comes back to that sense of disconnection. I’m struggling to think of a single touching and romantic sex scene, whereas various hot scenes and, unfortunately, some horrible ones I’d rather forget (from The Slap by Christos Tsiolkas and Freedom by Jonathan Franzen, to name but two) come readily to mind.

It’s hardly surprising that men and women tend to see it differently.

Two common beliefs: that men write about sex in a more carnal and explicit way and that women readers and writers favour a more subtle ‘less is more’ approach (the advantage being that the imagination will provide a bespoke version.) I reckon there’s a good deal of truth in that, but it’s definitely not quite that simple.

Many writers shy away from writing sex scenes altogether. A natural fear is that readers might think you’re drawing on your own sex life. Obviously that’s a possibility, but it certainly doesn’t have to be that way. On a Word Factory Masterclass I recently attended, Anglo-French literary novelist Michèle Roberts, who is renowned for writing about sex, asked us to write a sex scene involving something we’d never done. Cue nervous laughter. Twenty minutes later we were listening to some engaging and hilarious stories about threesomes, dogging and a decadent practice someone had just dreamed up. I astonished myself with a scene between two men which is now a finished story waiting to be sent out. When you’re put on the spot like that, there’s no time for angst and inhibition! 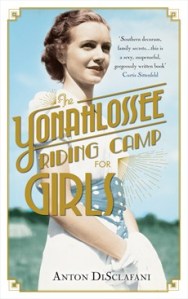 It would be to the detriment of literature if nobody wrote sex scenes. When well-written and – crucially – justified in terms of plot and character, they can be very powerful. Readers’ responses will vary hugely but that’s to be expected. I read a few shortlisted extracts from the Bad Sex Award and whilst many were undeniably heinous, some seemed absolutely fine to me.

A good sex scene isn’t necessarily about ‘good sex’, nor is it necessarily sexy. It may be just the opposite. Successful sex scenes often have a fearless quality and that’s true of each of the three debut novels which have recently reeled me in. They’re very different, but in every case, the sex scenes are absolutely fundamental to both character and story. That could be a useful test to apply – if those scenes can be removed without the story collapsing, they probably don’t belong there. Readers are more inclined to judge harshly anything they see as gratuitous.

The Yonahlossee Riding Camp for Girls by Anton Di Sclafani (one of my Top 10 Summer Reads) and Someday We’ll Tell Each Other Everything by Daniela Krien (Trans. Jamie Bulloch) impressed me with their boldness. Both written by women in their 30s with teenage girl protagonists, these novels don’t conform to received ideas about how women write about sex – they are brave, sensual and sometimes disturbing. Set in 1930s Florida and North Carolina, Yonahlossee gives a fascinating insight into genteel Southern society in the Depression era when women’s lives, let alone desires, were strictly circumscribed.

Someday We’ll Tell Each Other Everything is a short novel which is also deeply rooted in time and place: rural East Germany around the time of reunification (1990). It tackles the age-old taboo of the young girl and the older man and is starkly unromanticised. It’s left a deep impression. 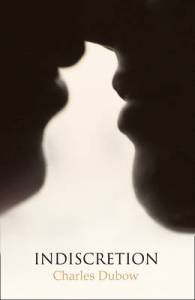 The third novel is one I can’t stop talking about. Indiscretion by Charles Dubow (4 July 2013) is a superb example of characterisation and unusual narration. Set in Manhattan and the Hamptons it is a glamorous and unsettling exploration of the havoc caused by betrayal in a seemingly ideal marriage. The sex scenes often read like a clichéd male fantasy, but in the cleverest way – they’re narrated by an omniscient character in the story who wasn’t present at the time. See if this makes you wince:

I could describe even more how they fucked, how she sucked his cock, how many orgasms she had, how they walked through streets hand in hand like lovers. [….] There are few things more powerful, more intoxicating than knowing there is someone who desires you entirely. And if it is illicit, secret, forbidden, that makes it all the more exciting.

Have you read any novels containing good or dreadful sex scenes? Would you rather not read them at all? And if you’re a writer, do you dare?

Next week my guest author on the Literary Sofa will be Barry Walsh, talking about writing based on his own childhood experiences in his captivating debut The Pimlico Kid.

Novelist and short story writer based in London. Debut novel PARIS MON AMOUR now out in digital and audio, paperback on 22 May 2017. Host of the Literary Sofa blog.
View all posts by Isabel Costello »
« XX or XY? Do readers care about gender of author?
Guest Author – Barry Walsh on Writing fiction from your own life »

38 thoughts on “Sex Scenes in Fiction”