Update from the Sofa

I hope regular readers will excuse my unscheduled absence from the Sofa these last few weeks – it’s been more chained-to-desk than lounging around for me lately but there’s lots of good stuff to update you on.

Firstly, a very big thank you to everyone who voted for me in the Saboteur Awards – I was touched and frankly taken aback to get a Special Mention for Best Literature Reviewer.  Amazing the things than can happen when you think you’ve peaked!  I’d already arranged to accompany my friend Amanda Saint to the award ceremony in Birmingham on 18 May, where her fabulous indie publishing house Retreat West is shortlisted for Most Innovative Publisher.  Last year Retreat West brought out the suffrage-themed feminist anthology The Word for Freedom, which includes – and is named after – a contribution from me alongside some very powerful and moving stories. It’s one of a series of anthologies Amanda has published to raise money for good causes and if you’d like to show your support for this (hopefully) winning venture, voting is open until Sunday 12 May.

(Phil Sobell from Retreat West has done an amazing job of producing some of the stories recorded by the authors for YouTube – you can hear me reading mine, sounding a bit less north London than usual here.)

After a very full-on few months I have finally finished my new novel and am very excited, emotional and exhausted (and not at all melodramatic)!  Life has thrown me several curve balls in the roughly year and a half it took to write, but the writing and everything else involved was a joy (after the loathed first draft) and place of refuge.  In the picture you can see me at the Perfume exhibition at Somerset House just before I got started – it’s great that my periodic tweets about the  research got such an enthusiastic reception, although the book is about much more than perfume (if you know my themes, believe me, they’re all there!).  The next few months will take me back to all the locations – Paris, Marseille and the Luberon* – which I know from my debut Paris Mon Amour is a strange but satisfying feeling, once it’s time to step away.

Yesterday, on an impulse, I decided it would be fun to add up the ‘edit time’ on the five drafts of the book. I know, what was I thinking? The total (even after I remembered to convert minutes to hours) is so outrageous it can’t possibly be right, but I’ll tell you one thing – writers, you can thank me later – the second draft, which I retyped in its 90,000 word entirety, to many people’s horror and disbelief, amounted to the fewest hours by far, despite taking six incredibly intense weeks. Not only this, but it was so transformative to the development of story and character that I estimate it saved one or even two further drafts in the key mid-phase. Thanks again to Andrew Wille for putting me up to it!  This sums up my general approach: goal-orientated, doing whatever it takes to get there – kicking a few obstacles is part of the deal.

Now I’m frantically trying to catch up with everything I’ve been neglecting for so long – you don’t want to see the state of my house.  I’m about to start putting together my Summer Reads selection of recommended new titles which will be unveiled here on 22 May and have just scheduled a truly brilliant line-up of guest authors, which you can follow here throughout June and July.

In other news, Voula Tsoflias and I are delighted to be bringing our Resilient Thinking for Writers workshop to the Mslexicon Festival in Leeds on 12 July – it’s great and important to us to be part of such high-calibre writing events outside London.  I’m also available for one-to-one editorial consultations the following day – this is something I really enjoy and I can promise focused and constructive input. One way or another, I get to see a lot of new fiction and know how quickly impressions are made…

I’m also delighted to be returning to the Festival of Writing in York in September, where this year I’ll be teaching one of Jericho Writers’ new two-hour ‘Book Labs’ on Writing in the First Person, something I never thought I’d do, but two novels later, I’m a convert.

That’s all for now. I’m still here, still writing, reading and talking about books – and so are you. Thanks for your interest – if you’d like to keep up with my (theoretically) weekly posts, enter your email in the sign me up box. There’s a lot to look forward to! 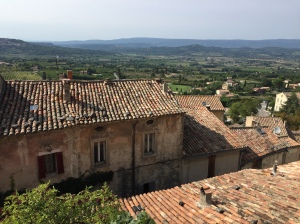 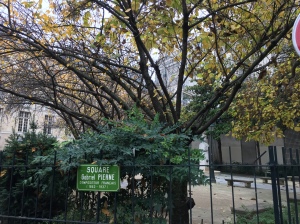 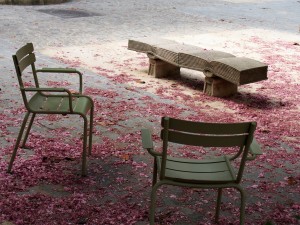