There’s a heatwave on, I’ve got my reading mojo back and it’s time to share the follow-up to my main Summer Reads selection which met with a great response last month. Here are five more novels worth shouting about before the blog goes quiet for August:

As a child Gifty would ask her parents to tell the story of their journey from Ghana to Alabama, seeking escape in myths of heroism and romance. When her father and brother succumb to the hard reality of immigrant life in the American South, their family of four becomes two – and the life Gifty dreamed of slips away. Years later, desperate to understand the opioid addiction that destroyed her brother’s life, she turns to science for answers. But when her mother comes to stay, Gifty soon learns that the roots of their tangled traumas reach farther than she ever thought. Tracing her family’s story through continents and generations will take her deep into the dark heart of modern America.

I haven’t read a better novel this year and am not sure I will: Transcendent Kingdom combines wit, emotional power and scientific enquiry to extraordinary effect.  I found the neuroscience angle particularly fascinating; as a story of family, (not) belonging and grief, it’s very moving, and it says a lot about America. And if all that wasn’t enough, the writing is stellar. 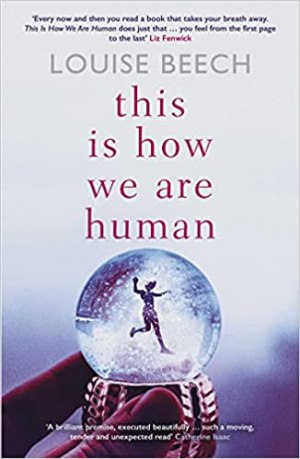 2. This is how we are human – Louise Beech (Orenda Books)

Sebastian James Murphy is twenty years, six months and two days old. He loves swimming, fried eggs and Billy Ocean. Sebastian is autistic. And lonely. Veronica wants her son to be happy and for the world to accept him for who he is. She is also thinking about paying a professional to give him what he desperately wants. Violetta is a high-class escort, who steps out into the night thinking only of money. Of her nursing degree. Paying for her dad’s care. Getting through the dark. When these three lives collide – intertwine in unexpected ways – everything changes. For everyone.

No surprise that this novel is attracting praise for its emotional clout but what impressed me – and what I respect – most is its liberal heart and absence of judgment. It takes courage and skill to explore a sensitive and controversial dilemma like this. A story that invites debate about (for example) sex work, motherhood and the agency of neurodiverse adults.

Is there such a thing as a perfect marriage? David thought so. But when his wife Mary Rose dies suddenly he has to think again. In reliving their twenty years together David sees that the ground beneath them had shifted and he simply hadn’t noticed. Or had chosen not to. Figuring out who Mary Rose really was and the secrets that she kept – some of these hidden in plain sight – makes David wonder if he really knew her. Did he even know himself?

When novels about marriage or relationships are this good it’s one of my favourite themes, especially with  midlife characters centre stage. Widowed news anchorman David is unsympathetic in many ways but I did feel for him as the reasons became clear. This is a very Irish (middle-class) book and with an enjoyable Spanish beach setting; David returns to Catalonia where the couple spent happy times – if that’s what they were. I loved the writing and the mature understanding of human nature that runs through this novel. 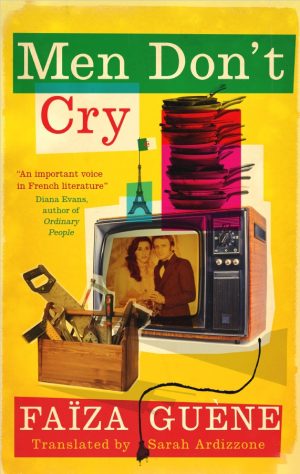 In Mourad Chennoun’s home in Nice, his father spends his days fixing things in the backyard, his mother bemoans the loss of her natal village in Algeria and the name Dounia is taboo. When his father has a stroke, Mourad is forced to rise above his fear of becoming an overweight bachelor tied to home by his mother’s cooking, and take steps to bridge the gulf between his family and estranged sister.This quest takes him to the Paris suburbs where he starts his teaching career, falls into the world of undocumented Algerian toyboys and discovers that Dounia has become a staunch feminist, aspiring politician and fierce assimilationist. Can Mourad adapt to his new, fast-paced Parisian life and uphold his family’s values?

Faïza Guène has shown staying power in her journey from 19 year old writing about growing up in the Parisian banlieue in Just like Tomorrow (Kiffe Kiffe Demain) to seasoned author in France. Like its predecessors, her fourth novel deals with the challenges and discrimination faced by the country’s citizens of Algerian origin, but with a light and engaging tone that also reflects the positives of their culture and community. Very funny and sharply observed, it’s as universal on family and personal destiny as it is revealing of French society.

Rachel is twenty-four, a lapsed Jew who has made calorie restriction her religion. By day, she maintains an illusion of control by way of obsessive food rituals. At night, she pedals nowhere on the elliptical machine. Then Rachel meets Miriam, a young Orthodox Jewish woman intent upon feeding her. Rachel is suddenly and powerfully entranced by Miriam – by her sundaes and her body, her faith and her family – and as the two grow closer, Rachel embarks on a journey marked by mirrors, mysticism, mothers, milk, and honey.

I hope there’s something here that tempts you – and do check out the main selection (updated with links to guest posts) – lots of readers have been enjoying my recommendations.  The  guest season comes to a close on Wednesday 21 July with a post from Anne Goodwin on setting her novel in a psychiatric hospital.