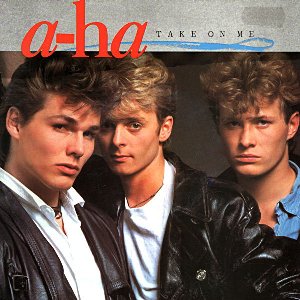 I’m writing this post on impulse, before I have a chance to change my mind.  Please note the title, because I put some thought into that: it’s not a post about rejection, it’s about what it can do to you if you let it.  Many other writers and bloggers have shared their experience, including Guest Author – Suzanne Joinson on the Challenges facing New Writers  and they’ve helped me.  Now it’s my turn.

After spending two years writing my novel with the help of my writing workshop members, two months editing it and getting it read by a significant number of volunteer readers (I refuse to use the term ‘beta readers’ – it sounds second class, and these people are stars to me), I sent my first submission off to an agent on 29 February 2012.  I picked that date because it doesn’t come around very often, and submitting my manuscript was a momentous day for me.  When I was driving to the post office, a song I associate with starting college came on the radio, Take On Me by A-Ha.  A bit uncool maybe, OK, a lot, but it gave me a good feeling:  that was the start of something big in my life, and  this might be too.  Just maybe.   In what I’m calling Round 1, I made a total of 9 submissions to agents.

Something else happened around that time.  A close friend received devastating news about her health.  I went to visit her in the hospital and failed miserably in my resolution not to cry.  She is a wonderful woman of my mother’s generation, a former English teacher still brimming with humour and zest for life.  We’d always enjoyed talking about books together – we even talked about books that day, and about life, hers and mine.  She asked me if I was happy and I told her Yes.  It was incredibly moving, and I thought quite likely the last time we would meet.  When I left, she told me in no uncertain terms, ‘I want to read this book of yours – get it to me’.  I was very humbled by this and concerned that someone in her position would chose to spend their precious time on it, but I went straight home, printed off the manuscript and got it delivered to her.

Some time went by, I got some rejections and felt like a real writer.  I respect literary agents (I often think I’d quite like to be one) and I know I’m lucky that the five rejections I’ve had have all been personal, kind and given feedback.  They’ve all said some really positive and encouraging things, in one case on the full manuscript, and I appreciate that.  There’s no getting away from it though, as long as the answer is No, it is hard.  I can’t believe how hard it is actually.  The other four agencies haven’t responded at all despite me chasing, so three months on, I’m marking those as Nos as well – in a way, those are more disappointing.  I don’t know for sure that they were safely received, or that anyone took the time to look at what I sent, but hey, nobody said this would be easy .

I threw myself into writing another book – it seemed like the only thing to do – and so far it’s a lot easier second time around.  Friends started to say, ‘Perhaps this is the book you’ll get somewhere with’.  I, meanwhile, began to imagine another 29 February coming round and not having got anywhere.  It matters to me a lot, of course it does, but something like the shock of my friend’s illness really puts things in perspective.  Big things like that matter, anything else is a bonus.  Just because you really want something doesn’t mean it’s the end of the world if it doesn’t happen.

I started to think about doing some more submissions before the summer holidays and I couldn’t seem to motivate myself  even though I’ve thought of a way to really improve the first chapter.  I made endless excuses to myself: I was tired, I didn’t have time.  It’s not that I was going to give up, I’m well aware how how long it can take, but I couldn’t face more rejections, not even nice ones.  A few days ago, I got a call from my friend, who’s doing far better than expected.  It turned out there was some hope after all.  She asked to see me.

We met this morning.  It was amazing to see her doing so well.   I didn’t care whether she’d read the book or not, but she had, and she enjoyed it.  We spent two hours talking about it and something struck me very forcefully.   This was the same book that I loved writing, that really means something to me and that I’m proud of, but somehow I’d managed to lose sight of that and my belief in it was languishing in a corner bearing several large dents.

‘Keep at it,’ she told me.  ‘You’ll get there.’  I’m tweaking that first chapter tomorrow and preparing for Round 2.  The chance to follow your dreams is one of the great things about being alive.  Nobody needed to tell me that in 1985.

http://youtu.be/djV11Xbc914 Damn it, WordPress, why won’t you make it look pretty?  Here’s the video.

36 thoughts on “Not About Rejection”