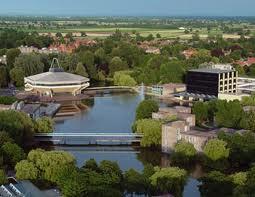 Whoa, what a weekend! Last night I got back from the York Festival of Writing run by Writer’s Workshop, which in just a few years has established itself as the event for new and unpublished writers. Founded by Harry Bingham (who graced my literary sofa not so long ago Guest Author Interview – Harry Bingham on Writing Crime), the motto of Writers’ Workshop is ‘From Here to Publication’ and that’s certainly a big part of what the Festival is about, but it’s not everything. At the Festival nobody pretends that it’s easy getting published – as most of us attending probably knew already, there’s never been a more difficult time for debut authors to make it along the traditional route and the statistics on the odds of success are absolutely eye-watering (whether with tears or hysterical laughter is up to you). But if this sounds depressing, it wasn’t at all. There are more ways than ever before to reach readers, and the Festival sensibly recognises that.

My weekend began and ended with the magnetic and irrepressible writer and editor Debi Alper, and a lot of what I came away with is thanks to her, but I enjoyed and learned from every session. Writers’ Workshop has the clout to attract top calibre speakers, published writers and industry professionals (I should mention they are not paying me to say this). A keynote speech from bestselling author JoJo Moyes recounting her own highs and lows inspired everyone in the room. I had a chat and also attended a great workshop with the Festival’s big success story to date, Shelley Harris, author of Jubilee, who I’ve met before and whose encouragement I really appreciate. I’m always touched by the honesty of successful writers who are willing to share that it didn’t fall into their laps either. I attended a stimulating panel on Women’s Fiction with the authors Julia Crouch, Talli Roland and Julie Cohen, and Julie’s famous workshop on Character where you enter with nothing and leave with a fully formed character you can work with and new skills to create more. Claire McGowan’s session on Creating Tension was great even though I only caught the beginning and end. She gave us the challenge of completing this sentence: It was Monday when I decided to kill Mary, because…. – you can see my version at the end of this post. They were all so creepy!

I’ve met agents before, but never on a one to one basis. To my surprise I didn’t feel nervous at all. The two agents I met were both positive and enthusiastic (in different ways!) about the opening chapter of my novel Nothing Happens for a Reason – I really enjoyed meeting them and am grateful for their input, which I hope they’ll see reflected in the submissions they’re now expecting from me. Result!

So much for the serious stuff. The social side of the Festival was outstanding. It was fantastic to be able to share the experience with my virtual writing partner and great friend Kristin Celms (who I met on a writing course early last year); I also caught up with writers I’ve met before, loads of lovely people I know on Twitter, and many more I would probably never have met elsewhere. The joint was heaving with writing talent and there was such an energising atmosphere, even as exhaustion set in. The programme itself is pretty intense, and I’ve never heard so many people complain of sleep deprivation! When I complimented the WW Staff on the excellent organisation, I joked about having a tick box for party animals so they could all be accommodated in the same block instead of keeping everyone else awake all night (they seemed to seriously consider it). If it was you making a racket on my corridor both nights, just as well I didn’t know who you are or you would have got the evil eye from me!!

These are the 6 Key Messages I took from the weekend as a whole:

1. Don’t get hung up on things outside your control

It is totally pointless getting bitter and twisted about the way the publishing industry works or the success of anything you personally think is crap. The only thing you can do as a writer to improve your chances is to write the best book you possibly can.

2. Be open to constructive criticism – from the right people

Nobody finds it easy accepting criticism (or rejection) but it’s a key part of upping your game. Only ask people whose opinion you trust, and only follow the advice that feels right – it’s your book after all. Being part of a good writers’ group and getting lots of feedback at all stages of writing is really important to me. Helping others with their work also hones your critical faculties.

3. Write the book you want to write…

Trying to second guess the market or trends is unlikely to work for lots of reasons. Write what you care about, and try to enjoy it for its own sake rather than making publication the be-all and end-all. We heard that the amount earned by most UK fiction writers is about a quarter of the national average wage, so it’s not exactly the most promising career path (on its own) if earning a living is your aim.

4 …but once it’s finished, make sure you know what it is you’ve written!

Both the agents I saw thought I needed to be more focussed about what kind of novel I’d written to pitch it effectively. One considered it a different genre entirely (psychological thriller rather than women’s fiction), the other would have liked close comparisons to similar authors, something I’ve always found incredibly hard. At this point, demonstrating some market awareness can make all the difference when it comes to getting noticed by agents.

5. Don’t get too distracted by other stuff

Blogging, tweeting, being good-looking, having friends in high places… all things which are sometimes thought to make a difference to your chance of getting published. Well, no, they won’t, not unless you’ve also written a really good book. There are still plenty of reasons to blog and tweet, but not at the expense of your manuscript. I blog and tweet because I enjoy it and it keeps my morale up. If anything, it’s had a positive effect on my overall productivity.

..and on the subject of morale, almost everyone I spoke to at York said they had regularly wondered, ‘What the hell am I doing?’ and ‘Shall I jack in it?’ THIS IS NORMAL! Things can be tough sometimes for unpublished writers, coping with rejection, patronising remarks and ridiculous advice from people who know nothing about it, but if you make an effort, there’s so much helpful information and so many generous and supportive people out there, you don’t need to go it alone. Seek those people out, offer something in return and soon you’ll have your own network. I’m sure everyone who attended this weekend felt they were part of something really worthwhile, I know I did.

Thanks to Writers’ Workshop and everyone who made it so rewarding.

There’s a reason it’s called a ‘Festival’ – it’s a celebration. Good luck everybody!

My ending for the opening sentence in Claire McGowan’s workshop, which began It was Monday when I decided to kill Mary, because….

…I always liked to start the week with the most pressing thing on my To Do list. I would kill Janet on Tuesday.

That agent may be on to something with ‘psychological thriller’!

Novelist and short story writer based in London. Debut novel PARIS MON AMOUR now out in digital and audio, paperback on 22 May 2017. Host of the Literary Sofa blog.
View all posts by Isabel Costello »
« A Place in my Heart – The Lubéron
Book Review – NW by Zadie Smith »