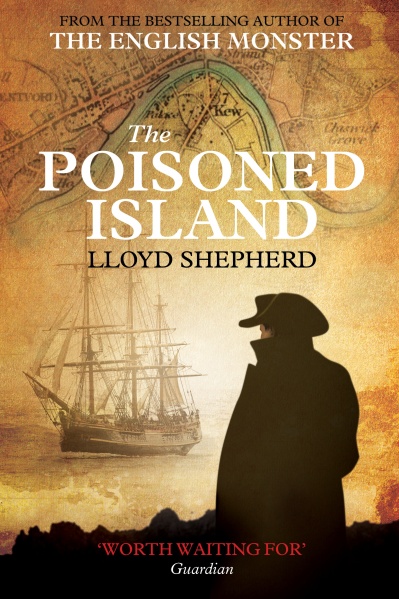 It’s always fun when writers I know in the real world join me on the Literary Sofa.  Enter today’s guest Lloyd Shepherd, author of The English Monster, the novel that made me rethink my attitude to historical fiction when I reviewed it on publication.    UPDATE: Lloyd’s second novel The Poisoned Island is now out (February 2013) and here he gives us the lowdown on the difference between writing a debut and a second novel:

I was about a third of the way through my second novel when my agent phoned. At the time, I thought things were going pretty well. I was putting the hours in. I was getting words down. I was being a writer. It was all very thrilling.

It was. It was his ‘second novel pep talk’. His words, not mine.   And after a few minutes, I realised a pep talk was exactly what I needed.

Writing rule 1 (for today): A good agent always knows when to call.

I wasn’t enjoying the second novel at all. It wasn’t going anywhere. It had an extraneous subplot, the pacing was all over the place but worst of all: I didn’t know why I was writing it.

Writing rule 2: if you don’t know why you’re writing your book, you’re doomed.

My first published novel, The English Monster, wasn’t the first novel I’d written. I wrote that very first novel some fifteen years ago. It got interest from an agent – a very good agent, with a very good client list. I had two young children at the time and had just started a new and pretty all-consuming job. I’d written the book in the mornings before work, pushing myself pretty hard, because I knew why I was writing it. I wanted to be a writer.

Writing rule 3: if you’re writing your book just because you want to be a writer, don’t bother.

When it came down to it, the agent wanted me to do a major rewrite before submitting it to publishers. And me, with my children and my new job, well, I didn’t want to do that. As it transpired, I wanted to be a writer, but that wasn’t a big enough reason to kill myself doing a rewrite. I want to be lots of things – thinner, taller, a consummate guitar player. That doesn’t mean I’m going to dedicate my life to them. 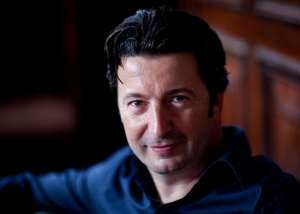 Fast forward a decade, and I’m writing again. The thing I am writing is what became The English Monster, and I’m loving it. I’m writing it in the evenings when other men are perhaps building replicas of HMS Victory or playing around with a Raspberry Pi or learning how to work a camera properly. It’s my hobby. My thing. I’m writing it because I want to write.

When I finish it, I’m satisfied with it. It feels finished and ready for the world. I get to the point where every edit or addition feels at least potentially damaging to the whole.

Writing rule 4: if you’re starting to imagine damaging your book, let it go. You don’t finish a book. You just stop working on it. And sometimes stopping is the best thing.

I sent The English Monster off and, eventually, after a couple of dozen of rejections, an agent – my agent, now – liked it, he found it a publisher and, what with one thing and another, I had the wherewithal and the time to write the second one.

During the day. During working hours. You know, like a job.

Isabel suggested I write about the difference between writing my first novel and writing my second. I think it comes down to this: I wrote the first one for myself. Publication came after. I wrote the second one because I had to. That’s not to say I didn’t want to. But it felt more like writing that original, unpublished novel. I was back to writing a book because I wanted to be a writer. Which, I don’t need to remind you, breaks Rule 3.

My agent’s pep talk was, as I said, timely. It forced me to ask myself why I was writing what I was writing. The answer didn’t come easily, to be frank, but it did come. I looked at the stuff I’d written pre-pep talk and a lot of it was fragile or even worse. I forced myself to look deeper into what I was doing – into the research, into the characters, into the story. I gave myself a more regular routine: write in the morning, research in the afternoon. And a few weeks later I found myself in a completely different mindset. I was making progress. I’d put the hours in, properly this time. I knew why I was writing this book. Not because I wanted to be a writer. But because it was now my job. Which meant there were certain obligations to do the job well.

That second book is called The Poisoned Island. It’s a sort-of sequel to The English Monster, and again Charles Horton and John Harriott are investigating weird goings-on in Regency East London. I am, after all is said and done, very pleased with it.

I’m working on the third book now. So far, no pep-talk.  But I might not need one, this time.

Thanks to Lloyd for sharing some great insights into the realities of life as a published author. We’d both love to hear your experiences/reactions whether you’re a reader or also a writer.