*Update – see below for Winners.  Congratulations to the lucky entrants picked at random and to everyone who took the time to enter.  The nominations were so fascinating that I’ve decided to write a post about them next week, so look out for that.*

It’s a lonely road sometimes when you’re a ‘writer waiting to happen’ (as one lovely person called me yesterday, you know who you are). I love writing and am very lucky to have a great support network, but there are still times when I feel I’m talking into a cupboard. It just happens a lot less since I started this blog exactly a year ago.

Until I came up with the snappier On the Literary Sofa, the blog was called Books, Places, Life, and although I had no idea what I was doing when I set it up, it is about those things.

I talk about ‘my’ PLACES – and you tell me about yours

But above all, what we do here is talk BOOKS

I must be doing something right. The point is, you read it, and that makes any writer happy. By some extraordinary stroke of synchronicity, the hits counter passed the 20,000 mark today. 20,000! I am thrilled and completely amazed – I certainly couldn’t have foreseen that a year ago. Once again, a huge thank you to everyone who reads and supports On the Literary Sofa and to the talented authors who write books that are worth discussing.

So to celebrate, I’m running a competition. The main prize is on me, and for the impressive selection of book prizes I am very grateful to publishers Simon & Schuster UK, Bloomsbury and Penguin UK, and authors Roger Morris, Miranda France and Voula Grand – thank you all very much. 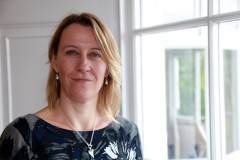 The winner gets to join me for lunch in Central London to talk books on a mutually convenient date – somewhere nice like Villandry or Le Deuxième. Don’t let the talking books thing put you off – I have been known to engage in other topics of conversation such as travel, food, art, films – most things in fact except sport and politics. Clear your diary for the afternoon – my last bookish lunch lasted 4 hours, and there wasn’t even any alcohol involved!

The First Prize of a Literary Lunch in London was won by Claire Snook, a writer based in Bristol.  I’m really looking forward to meeting Claire who sounds like a great person to talk books with!

(BTW I was touched/relieved/surprised that so many entrants were keen to have lunch with me and I would have loved meeting/seeing all of you.  We can still have lunch perhaps, but you’ll have to pay your way!)

A pack of 4 Simon & Schuster titles I’ve featured On The Literary Sofa: The Bellwether Revivals by Benjamin Wood, The English Monster by Lloyd Shepherd, The Age of Miracles by Karen Thompson Walker (all reviewed here) and The Painted Bridge by Wendy Wallace – won by Vanessa Savage

Canada by Richard Ford – my answer to the question you have to answer for the competition. – won by Sarah Hegarty

Rook by Jane Rusbridge – stunning ‘accessible literary fiction’, by a favourite author I recently had the pleasure of interviewing at the Ham & High Literary Festival – won by Tricia Wombell

Roger Morris has given two signed copies of A Gentle Axe, the first title in his St Petersburg historical crime series featuring Porfiry Petrovich, the detective from Dostoevsky’s Crime and Punishment. – won by Ben Blackman and Caroline Auckland

Miranda France will send one winner a signed copy of her novel That Summer at Hill Farm, also one of my Top Summer Reads – won by Kristin Celms

Voula Grand will sign and send a copy of Honor’s Shadow, her psychological drama about secrets, betrayal and revenge – won by Jackie Buxton

Could all winners who are on Twitter please DM me their postal address.  I will contact anyone else by email later today.

Lloyd Shepherd will be my Guest Author On the Literary Sofa as his debut The English Monster is released in paperback in the UK. I hope he’s feeling talkative on the subject of his second novel, which will be published next year.

Novelist and short story writer based in London. Debut novel PARIS MON AMOUR now out in digital and audio, paperback on 22 May 2017. Host of the Literary Sofa blog.
View all posts by Isabel Costello »
« Book Review – NW by Zadie Smith
Guest Author – Lloyd Shepherd on The Difference between Writing a First and Second Novel »