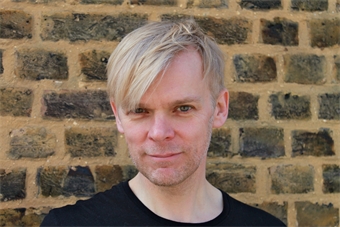 Some stories have such a strong hold on the popular imagination that they refuse to fade away.  The desire to reconnect with the familiar in a new way has a history of crossing different media: the written word, opera, drama, the movies.   Sometimes it’s the original storyline relocated in time or place, sometimes a sequel or ‘prequel’ and the range is huge, from fairytales to Shakespeare and Jane Austen to Star Wars.  It sounds like a challenge for any writer and I’m delighted that David Rain, debut author of Madame Butterfly sequel The Heat of the Sun joins me today to share his experience:  (my mini-review follows)

It was the best idea I’d ever had. Filing out of the Prague State Opera, my partner asked me suddenly: “What happened to that boy?” The boy was “Trouble,” Madame Butterfly’s son, played in most productions by a blond, Western child. In the port of Nagasaki, Trouble’s mother, a geisha, had for one ecstatic season loved Lieutenant Pinkerton, the American naval officer who promised, upon sailing, to come back for her one day. Instead, when Pinkerton returns, he has married an American woman. Devastated, Butterfly kills herself. The Pinkertons, we learn, will take the boy back to the USA, raising him as their own. What did become of him?

My answer is my novel The Heat of the Sun. Since publishing the book, I have found that many others share my fascination with the question: “What happened to that boy?” I have also found, disconcertingly, that I am not the only author to answer it. Bizarrely, not one but two other Madame Butterfly sequels have appeared within the last three years: Butterfly’s Shadow, by Lee Langley (2010), and Butterfly’s Child, by Angela Davis-Gardner (2011). Such coincidences have happened before, famously in 2004 when both Colm Toibin and David Lodge published novels about Henry James; currently, no fewer than four novelists are vying to retell the life of Zelda Fitzgerald. Who knows why certain subjects suddenly “hit”? I don’t; but I think I know why Madame Butterfly remains compelling.

Nagasaki had long been a place in which sailors contracted temporary “marriages” with local girls. In 1888, French author Pierre Loti explored the theme in his languorous and strangely enchanting novel Madame Chrystanthème. Ten years later, Loti’s book inspired the short story “Madame Butterfly” by American writer John Luther Long. The differences between the stories are telling; Loti’s heroine, a cheerfully cynical harlot who remains very much alive and well in the end, has little in common with Long’s tragically faithful Cho-Cho-San. In applying Anglo-Saxon morality to a tale of Loti’s type, Long created a story which was to resonate around the world. By 1900, it had been dramatised by American theatrical legend David Belasco; Puccini’s opera came four years later.

Many have been the takes on Madame Butterfly before the present sequels. Part of its magic is that it lends itself to many reimaginings. David Henry Hwang’s 1988 play M. Butterfly, filmed in 1993 by David Cronenberg, is a Butterfly-in-reverse story, in which a white Western man becomes the victim of Asian betrayal; Miss Saigon, the 1989 musical by Les Misérables creators Schonberg and Boublil, recasts the story against a Vietnam backdrop; English writer Peter Rushforth, in Pinkerton’s Sister (2004) and A Dead Language (2006), provides a lengthy backstory for the Pinkerton family. Like Robinson Crusoe, Frankenstein, or The Wizard of Oz, Madame Butterfly is one of those few examples of a modern (as opposed to classical, medieval, or folkloric) story, created by a known author, which has taken on the status of myth.

How should we regard the myth today? Reportedly, the opera enjoys little popularity in Japan. Madame Butterfly, a Western and specifically American fantasy about Japan, and Japanese women, is in every way an example of “Japonisme,” that late nineteenth-century Western fad for all things Japanese, typified in the decorative arts by the cherry blossom which is always about to fall. David Henry Hwang, in the Afterword to the published edition of M. Butterfly, is scathing about Puccini’s original. Cho-Cho-San, he writes, is a “cultural stereotype,” the model for the submissive Oriental woman, and Puccini’s opera is a parade of “sexist and racist clichés.” Perhaps; but that is not all it is. What drew me to Madame Butterfly was its subversive implications: it is, even if not intentionally, an allegory of imperialism. Nor, I should add, does the story vindicate Lieutenant Pinkerton’s view of the world – or of women. Ultimately, the opera’s power lies in its depiction of hopeless love. Puccini’s heroine is not somebody alien from us. The story moves us because, in a sense, we are all Cho-Cho-San.

The Heat of the Sun was a hard book to write. How could I, an Australian living in England, convincingly write an historical novel set in the United States and, presumably, Japan? How could I imagine Trouble’s life? My second flash of insight came from the opera libretto; there, the action is said to take place “in the present day” – 1904, if we take that literally, the year the opera premiered. Characters from Madame Butterfly, I realised, could still be alive during World War Two. I thought of the two things most Westerners know about Nagasaki: the Butterfly story, and the atomic bombing. If I could link these, I had a story. Lieutenant Pinkerton would become in later life a prominent politician, involved in the Manhattan Project. His wife, Kate, would be the power behind the throne. And Trouble, I knew, would live up to his name in the most dramatic of ways.

The three versions of Trouble’s story are all very different (indeed, only in my book does he preserve the name “Trouble”). Lee Langley, in Butterfly’s Shadow, shifts the opera’s action forward, beginning in the 1920s so that the boy remains young during World War Two. Butterfly’s Child by Angela Davis-Gardner covers less time, not touching on the war but vividly depicting the anguish of a young man torn between cultures in the early twentieth century. All three books deal with politics, race, and sex, but in widely varying ways; together they illustrate the adage that different writers, given the same starting point, would all write very different books. Some have asked me whether I plan another “sequel” to a well-known story. No: my next book will not be Son of Hamlet or Middlemarch: The Next Generation. But I’m glad I’ve told Trouble’s story. That two other authors had the same idea only proves to me what a good idea it was.

Many thanks to David for this fascinating and unique take on the creative process.  You can find out more about David and his writing on the Atlantic Books website

In Brief:  My View of The Heat of the Sun

First I have a terrible confession to make: before I read this book, as a non opera buff I owed my sketchy knowledge of the Madame Butterfly story to Malcolm McLaren!  Luckily that turned out not to matter at all; David Rain’s skill in imagining the life of ‘that boy’ is instantly apparent.  As narrator it is Trouble’s contemporary Woodley Sharpless who recounts different phases of their complex friendship in an ingenious operatic structure and with a highly engaging voice.  The historical setting is vividly rendered, from the decadence of 1920s New York to the terror and cruelty of the atomic bomb. Strong on characterisation and with moments of heartrending pathos, what impressed me above all was the sheer quality and eloquence of David Rain’s prose.  The Heat of the Sun is a thing of literary beauty.

Do you enjoy variations on a familiar story?  Would you ever write one?

THURSDAY 16 MAY – after months of research, reading and selection it’s almost time to unveil the Literary Sofa Top 10 Summer Reads.