As I sat down to write about likeable and unlikeable characters in fiction I wondered why it had taken me so long to get to what is practically my pet subject. Now I know why – it’s incredibly complex, subjective and full of intangibles. All I can hope to do is start a discussion and this is something people like to talk about.  Of all the topics which come up when discussing novels, particularly in book groups, it is one of the most hotly debated. For writers it’s a challenge, a dilemma and a frequent source of exasperation.

I recently read two excellent novels in quick succession which I’ll be using as examples: Apple Tree Yard by Louise Doughty and The Woman Upstairs by Claire Messud. Many of you have read them and I hope you’ll share your views, both on the books and on the wider issue – they may be very different to mine. 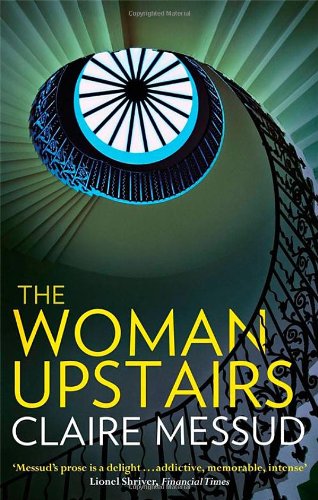 Apple Tree Yard is part psychological thriller, part courtroom drama set in London. It charts the downfall of successful 52-year-old geneticist Yvonne Carmichael, who is married with grown-up children, after she embarks on a spontaneous affair.

In The Woman Upstairs by Claire Messud, Nora Eldridge, a 42-year-old elementary school teacher and would-be artist from Massachusetts, tells the whole story of her intense entanglement with the Shahid family – mother, father and young son – going back several years.

The intention is not to pit these novels against each other – both are thoughtful, well-written and so gripping they leave a dent. Each involves an unusually frank and exposing portrayal of a middle-aged woman. And for me they have something else in common: I didn’t like Yvonne or Nora very much, and I’ll explain why it really didn’t matter.

For some readers, not liking the characters in a novel is a deal breaker, and that’s fair enough. It’s more of an issue in some genres than others and is obviously extremely personal – we all like different people in real life. Before going any further, I should say that I see the term ‘likeable’ as a misnomer – what we’re actually talking about here goes much wider than that to include sympathy and empathy.

One of the most stinging criticisms that can be levelled at an author is that their characters are cardboard cut-outs or one dimensional. When a writer does succeed in creating characters who feel like real human beings – complicated, inconsistent, with a mixture of positive and negative traits – the reader is more likely to engage with them and once that precious link has been made, to care what happens to them. That’s not the same as liking. I’m always fascinated by people’s individual responses to character and how much they vary.

Sometimes it’s pretty simple – you just love a character and identify strongly with them in some way. They may remind you of yourself: maybe you have a similar sense of humour, they feel how you felt when the same thing happened to you (how did the author know that?), you smoke the same cigarettes. Or they may not be like you at all.

It’s flawed and fucked-up characters who interest me the most. I like it when I have to keep reassessing them as more is revealed, sometimes shifting allegiances. Sometimes my capacity to feel for someone who isn’t very sympathetic takes me unawares. That was true of Nora in The Woman Upstairs. 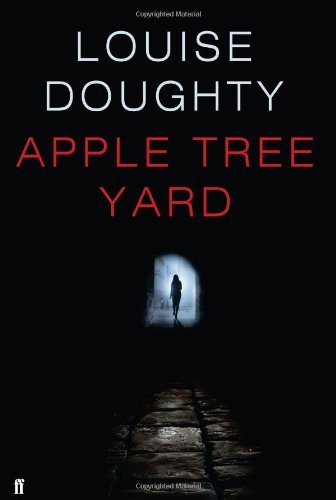 Characters’ experiences can stir up uncomfortable and painful emotions or as people they can hold a mirror to the things you don’t like about yourself, but sometimes those are precisely the points of connection: even if you don’t like them or condone their actions, your experience of (or ability to imagine) grief, love or betrayal makes it possible to empathise with them.

And when it comes to the real bad guys, they can be horribly fascinating. Or repellent.

Yvonne in Apple Tree Yard is an intriguing protagonist who makes some very recognisable observations on the inequalities between men and women. I’ve read very few novels in which a woman over 40 (let alone 50) is portrayed as attractive and motivated by a desire for sex, not necessarily love, and the book is very refreshing in both of these respects.

However, I didn’t connect with Yvonne on an emotional level and struggled to empathise with her. I found her detached and her behaviour often hard to understand. Aspects of her family life which could potentially have warmed her or elicited sympathy were too peripheral to have that effect on me. Surprisingly, none of this affected my enjoyment of the novel where normally it would: Apple Tree Yard benefits from such demonically tight pacing and handling of suspense that I raced through it in two days. I then recommended it to my book group who’ve since done the same and we can’t wait to discuss it.

The Woman Upstairs has a very different feel. It’s a quieter, more reflective book and more character driven. Nora Eldridge doesn’t make life easy for herself and she taxed my patience at times with her extended bouts of self-pity and pessimism. The novel opens with her declaring how angry she is but by the end it’s clear there’s a good reason for that. In this interview with Publishers’ Weekly, author Claire Messud gave a fantastic rebuttal to implied criticism that Nora isn’t likeable.

This novel got under my skin in another way entirely – Nora certainly ticks the flawed and vulnerable boxes. Her outlook was so pervasive that it didn’t just affect the way I felt about her, but my mood in general. It was far from uplifting, but it contains some lovely writing and many poignant moments.

There comes that time […] when your life looks small and always the same around you, and you don’t think anything will change, you think that hope is not for you – and if you’re me, then in that early period of awakening to your condition, you don’t even feel angry. Dismayed, maybe; shocked; but that’s just, it seems, what life is, a world in which the day’s great excitement is the arrival of the Garnet Hill catalog that you will peruse in the bathroom…

This novel really made me stop and think about dreams and ambition, ageing and the way society views women without children.

If I wanted to make friends of fictional characters, I’d enjoy far fewer of the novels I read. Claire Messud said:

We read to find life, in all its possibilities.

That’s good enough for me.

Where do you stand on the issue of ‘likeable characters’? Have you read either of these novels?

Novelist and short story writer based in London. Debut novel PARIS MON AMOUR now out in digital and audio, paperback on 22 May 2017. Host of the Literary Sofa blog.
View all posts by Isabel Costello »
« Book Review – Barracuda by Christos Tsiolkas
Guest Post – Zoe Pilger and Hannah Westland on their Editorial Working Relationship »