Crime is rare on the Literary Sofa, but I am not immune to it.  I have real admiration for anyone who can write good crime fiction, which seems to demand a layer of extra skills. I can’t critique or review this genre because I don’t understand its mysterious workings, but as a reader the crime and psychological thrillers I enjoy have the qualities I want from any novel: excellent writing, a vivid setting and a compelling story driven as much by character as by action. All of these are very much in evidence in the work of today’s guest, Anya Lipska. As a Londoner who previously knew little about the Polish community here, I find that unique aspect of her writing fascinating, so following the recent publication of her second novel Death Can’t Take a Joke, I invited her to reflect on her insights into that world:

With what was in hindsight, quite staggering chutzpah, I had always assumed that one day I would write a book – that it was simply a matter of waiting for the characters, setting, and story to knock on my door and introduce themselves. I never imagined how long it would take to find inspiration, nor that when it finally did come along it would reveal itself as a crime thriller series set among London’s Poles.

Everyone asks me why – as a native Brit – I should choose to write about somebody else’s culture. I tell them that although the initial inspiration stemmed from a personal connection, in the shape of my Polish-born husband, it quickly became clear that alongside the challenges it brought unexpected creative advantages – plus a scary moment or two that that I hadn’t anticipated.

The Poles are the UK’s biggest single group of immigrants, many of whom have settled in the East End, where I live. It seemed to me that – although we Brits interact with them on a daily basis in shops and restaurants; hire them as builders, au pairs and cleaners; and their kids sit next to our kids at school – the Poles nonetheless remain something of a mystery to most of us. My other half, who left Poland in the early Eighties when it was still ruled by a Soviet-backed communist regime, offered a privileged insight into this little known culture, language, and history. My Polish private eye – Janusz Kiszka – (pron: Yan-oush Kish-ka) was born. 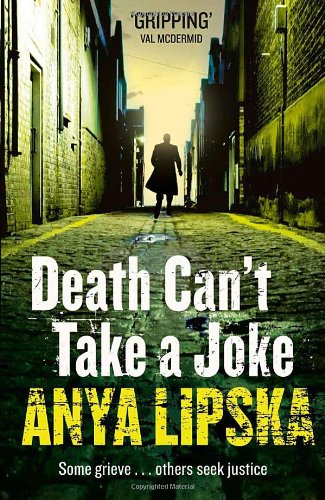 Later, I would find the accursed word ‘immigrant’ making my debut a tough sell to mainstream publishers, losing count of those who opined that UK readers ‘wouldn’t be interested in the Polish community’. To be fair, I could understand the reservations: books set among immigrant communities can be dull and worthy, with a predictably ‘right-on’ message. But crime is a mainstream genre, in which great characters and a gripping story are king, and I was confident that readers would relate to stories that were compelling, realistic, and (I hope) funny, and that the insight into a largely hidden community would be a plus rather than a minus.

I also had a secret weapon in my other main character, East End detective Natalie Kershaw, an ambitious rookie cop. Setting her on collision course with Kiszka, initially over the murder of a Polish girl she’s investigating, didn’t just offer the potential for conflict and a culture clash, it also gave the British reader a window into Janusz’s world – a way of gaining an insight through her into the Poles’ mindset, rich culture, and turbulent recent history. And it’s a two way street: their encounters allow me to explore what the Poles think of us, to view modern British society through the prism of an outsider.

When I began properly to research the book, it struck me that the old adage ‘write what you know about’ was all wrong. I think that, as long as you do your research thoroughly, writing about the unfamiliar can be far more fruitful. Being the outsider, albeit one with a privileged ‘in’, gave me a fresh take on the community that might elude the immersed insider. I didn’t have to agonise over what people might find interesting about Polish culture and history: I worked on the basis that what grabbed me would probably grab them, too. For instance, Janusz’s memories of his childhood (gleaned from that of my husband’s) are wildly exotic in comparison to mine: while I was watching the Goodies and begging to be allowed to visit the local Wimpy bar, he was picking wild mushrooms, hunting wild boar, and making birch sap wine, as well as coping with the day-to-day realities of the communist system – like queuing for hours to buy toilet roll and flour.

And Poland’s extraordinary history gave me something else: a crucible in which to forge Kiszka’s character. He is a very Polish combination of small ‘c’ conservative values alongside a big anti-authoritarian streak which, I suspect has it roots in centuries of struggle against invaders and foreign occupation. Kiszka embodies these conflicting impulses, occupying the shadowlands between criminality and old-fashioned respectability, a man with a distinctive moral code.

Of course, there’s a huge potential downside to describing someone else’s culture and especially any attempt to depict their ‘national character’: the visceral fear of getting it wrong. As a journalist and TV documentary producer, I was confident that I had the research skills to get the history and background details right, but what would real-life contemporary Poles think of their portrayal?

The initial signs were good – the publication of my first book, Where the Devil Can’t Go, got a positive response from Polish readers, but the real test came earlier this year when I was invited to a World Book Day event in Toxteth Library staged by a Liverpool charity called Merseyside Polonia. Holding forth on my books about Polish immigrants to a room full of…Polish immigrants has to be the scariest experience yet of my writing career. But I needn’t have worried: in the Q & A at the end their response was overwhelmingly positive. They were delighted by the interest in their community and the fact that the series had found a following among British readers.

My debut did eventually find a publisher at HarperCollins imprint The Friday Project, and eighteen months on, the series has been critically well received, gaining accolades from names like Val McDermid. Above all, itappears to be enjoyed by readers. The most frequent piece of reader feedback? How much they enjoyed finding out about Polish culture through a crime novel…

Thank you Anya for this great piece, yet another blow for the Write What You Know school of thought. (I’m still hoping for an introduction to her brooding detective Janusz one day!)

Are you hooked on crime fiction or an occasional reader like me? Either way, would love to hear what makes a good crime novel for you.

If you’re a crime fan enticed to the Literary Sofa for the first time by Anya’s post, check out my Summer Reads 2014 selection, which includes the first in a stunning new Paris-based detective series, The Lying-Down Room by Anna Jaquiery.