I said there would be no post this week but as the Literary Sofa is currently ‘having a moment’ I’ve decided to try and fit in as much as possible before I disappear for August.  We’ve had a provocation on diversity from Nikesh Shukla.  Last week we had a post that made people cry (and for once it wasn’t about my writing career).  That was Antonia Honeywell’s look back at being Agented and Unpublished and today, in a Sofa first, debut author Jon Teckman presents the mirror-image experience in his post Published but Unagented. 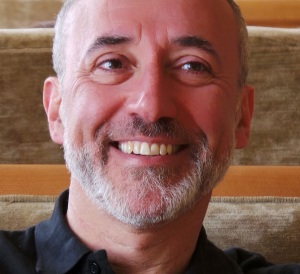 When Jon approached me on Twitter* I correctly guessed that he had struck lucky in one of the recent ‘Open Submission’ periods, in which traditional publishing imprints  including Tinder Press, Jonathan Cape and (in this case) The Borough Press have accepted a deluge of unagented manuscripts to see what they’ve been missing.  Literary agents are often cast as gatekeepers although I’m not convinced that is either true or fair; personal taste is a factor at every stage of a book’s life but agents only take on manuscripts they think they can sell to publishers!  I wouldn’t be without my own wonderful agent so I was very interested to hear Jon’s experience of going it alone:

I was sitting in a café with Katie Espiner, Publishing Director of The Borough Press, and I had just heard a sentence that very few people will ever hear. Not just because so few of the thousands of hopeful souls who set out to write a novel will ever receive an offer from a traditional publishing house, but also because, of those that do, only a tiny minority will hear the words direct from the publisher.

For the aspiring author the first and most important stage on the road to publication is usually to secure the services of a reputable literary agent.  This is by no means easy, but once secured, the author can rely on their new best friend to send their work to the right publishers, consider any offers that come in and negotiate the best deal.

For me, it didn’t work like that.  My journey involved submitting to agents, being rejected several times and contemplating giving up.  The rejections I’d received had mostly been pretty positive with compliments about my writing style but worries about the marketability of the story as currently told. Then I heard about an “open submission window” – a two week period when The Borough Press would welcome submissions from unagented, unpublished authors.  I duly submitted the synopsis and first 10,000 words of Ordinary Joe and sat back to await rejection – but it never came. Instead, I was invited to submit the rest of the manuscript and then, out of the clear blue ether, received an email from someone called Katie Espiner, asking me to contact her. Within a matter of weeks, we had spoken, met and a deal had been done – and for world publishing rights through Borough Press’s parent, HarperCollins, as well as the UK. Furthermore, I had also secured an option on the film rights from Trademark Films. All without the services of an agent.

But is this a good or a bad place to be? What are the advantages and disadvantages of being unagented?  (A state still so rare that the word is not recognised by Spellchecker!)

Perhaps the most obvious benefit is that I keep all the money I make from the deals I strike.  Typically, an agent will charge 15% of whatever their clients earn – a pretty significant amount.  However, it must be noted that a competent agent will almost certainly negotiate a better deal for you, either by securing competing offers from a number of publishers or by driving a harder bargain if only one publisher is interested. Dealing directly with the author, the publisher is well aware that they are offering to make all your dreams come true, deliver all your Christmases at once and, oh, here’s some money too!  That, believe me, is a very difficult offer to turn down however small the amount of cash on the table might be.

Actually, in my case – and this brings me to the second potential advantage of dealing directly with the publisher – Katie was only too reasonable. When I pointed out that my advance was rather lower than expected, she immediately agreed to increase it.  Perhaps an agent could have pushed harder still on my behalf, but it was more important to me to establish a good relationship with my publisher, which might be more easily achieved without a third party placed between you.

So what of the downsides of agentlessness? The biggest one for me is feeling alone in this strange, unexplored world of publication.  The author is essentially an outsider in a commercially driven business, whose needs and desires are only of interest to the publisher when they coincide with their own.  Having an agent to help you understand the process – and be on your side when there are any disagreements – would undoubtedly have been helpful.

Related to this, while the publisher is firmly focussed on promoting your book, they have less interest in you as an author.  This might be different if you have secured a multi-book deal but, even then, the publisher’s sales and marketing efforts will primarily be on the current book not your as yet undelivered sequels.  Your agent should be more interested in developing your “brand” so that, however well or badly this first book performs, you will have some recognition with the book-reading public on which to build in future.

Finally, as I’ve said, having to part with some of the hard-earned cash you have been paid in return for all the blood, sweat and tears you’ve poured into your masterpiece is another significant drawback.  By the time your agent and the taxman have had their slices of your pie, you may well be left with little more than half of the headline figure.  But, as I’ve said, the original deal that a good agent should be able to strike for you will almost certainly offset the fees that they charge.

On balance, I do still wish I had an agent – I am quite sure that the good ones earn every penny they take from your deals and add significantly to the entire publication experience.  My problem now is that I am a victim of my own success – I have spoken to several agents since doing my deals and they have all said that there is nothing left of Ordinary Joe for them to sell so I should come back when I have a new project to present.  My new dream – having already achieved so many – is that Ordinary Joe is such a success that it will be me rejecting them rather than the other way around!

Thanks to Jon – I keep wanting to call him Joe – for sharing his experience and giving a balanced picture of the pros and cons of (not) having an agent.  Many of you are novelists – what’s your view?

Due to the unscheduled nature of this post I haven’t had a chance to read Jon’s book yet so I invited him to share the blurb.  It goes like this:

Joe West is just an ordinary guy who has done something most men can only dream about.  And turned his life into a living nightmare.

Great hook!  What did he do?! Ordinary Joe will be published by The Borough Press on 16 July.

* Guest appearances on the Literary Sofa are normally by invitation only.