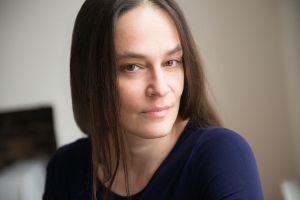 On a glorious day in early May – it’s been the kind of summer where those stick in my mind – I crossed London to attend an event featuring local writers at the Clapham Literary Festival.  I’d made the trip to see Roz Morris, who’d invited me to take part in her fabulous Undercover Soundtrack series, sharing the music which inspired Paris Mon Amour.  It was a treat to hear Roz read from her intriguing and original novel My Memories of a Future Life, and the lively discussion amongst the authors on editing and other writing matters, chaired by novelist Elizabeth Buchan.   One of the great things about literary festivals is making new discoveries.  And on that day, I had the fortune to hear Leila Segal read from her story collection, Breathe, set in Cuba.  I was transported by the beauty and quality of her writing and my impressions later proved to be entirely accurate; her stories are full of perceptiveness and elegance, with a vivid sense of place and of displacement, a world away from Cuban clichés.  I never like to say too much about short fiction but I suspect Leila’s personal history of Cuba may make you want to find out for yourself:

To reach the Pinar del Río region of Cuba you have to travel for several hours over a rough road after the autopista stops. The small town where I lived, at the far edge of the island’s Western tip, sits at the end of a rough and bumpy road, which I first navigated standing on the back of a lorry squeezed between Cuban farmers, schoolgirls, two chickens and a pig.

There is sparse public transport for Cubans in this remote but stunningly beautiful corner of the island. If you are a tourist, you can pay in foreign currency to take one of the air-conditioned buses that cater for visits to the María la Gorda diving resort which lies at the very end of this road, in the wild Guanahacabibes peninsula—but I was not, strictly speaking, a tourist; I was the partner of a Cuban, and going to live with him, in his town.

This is where I wrote my short story collection, Breathe—Stories from Cuba. My partner cleared out a hut in the family’s back yard for me, stringing an electric cable from the house so that I could have a fan. I wrote there every day. The family found it curious, and often asked whether I wouldn’t rather sit with them, saying that it was awful to be alone—even for a few hours each day. But to me, this time of isolation was essential. I had to write in order to make sense of my new world, one with no signposts I could recognise.

As the only foreigner in the town, I was an object of fascination. I could barely walk down the main street, with its horses and carts, for locals easy with the slow pace of rural Cuban life, pausing to take a look—sometimes literally rooted to the spot with their mouths hanging open—at the curiosity that was ‘La Inglesa’.

There was much for me to get used to as well. The newspaper was delivered by plane every day—the town was so remote that this was the only way to get it there on time. I would sit in the back garden and watch the sky till the plane flew low and dumped Granma, the communist daily, amongst the avocado trees.

Everything we consumed was grown, raised or caught: pigs, chickens, wild birds and fish. My partner took me with him on hunting trips to catch our supper and I, for the first time in my life, shot a gun. I missed, but determined to face the death of anything I was prepared to eat, watched his grandmother cut the throat of some turtles she’d bought from a neighbour that day. I had to force myself to look. The locals laughed at my sentimentality: for rural Cubans, raised close to the earth, nature was there to serve. A girl of five already knew how to help her father skin a pig, and would run with dismembered animal parts to her mother in the kitchen. ‘The pig has had a happy life and now its her time to die,’ said the father as I looked on. 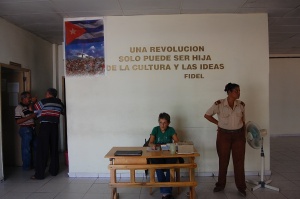 One day we took a long walk through the rainforest to a deep swimming hole that was rumoured to have no bottom—but to reach to the centre of the earth. It was known as ‘el ojo del mar’—the eye of the sea—and it was said that people had died there, swallowed up by the depths. We headed out into the jungle, away from the town, swathed in long sleeves and hats to keep off the mosquitoes. Everywhere we went, were bright red crabs—great big ones crawling around our feet; above us in the tropical green were bunches of mangoes that we stopped to eat from when we got too tired or hot. At the end of the jungle path we came to a stunning blue water hole. We climbed down the sheer rock till we could jump, and bathed there—sweet relief from suffocating heat.

The Pinar del Río region is the most underrated part of Cuba—an island known more for its salsa and glamour than for its quiet, rural allure. Yet it offers some of the most beautiful sights and most hospitable people, entirely lacking in cynicism of the island’s more visited tourist spots. It was here, in this slow remoteness, that my book Breathe—Stories from Cuba was born.

Muchas gracias, Leila, for this beautiful piece which conveys the emotional and physical landscape of Breathe so well. You can find out more about her here.

Other photos (except Leila in Cuba) © Leila Segal

The sign in the Telecom office in Pinar del Rio reads: ‘A revolution can only be the daughter of culture and ideas, Fidel’

Next week, Irish novelist Catherine Dunne will be joining me with another Writers on Location post, on Extremadura, Spain, one of the settings of her wonderful novel The Years that Followed, one of my Summer Reads 2016.