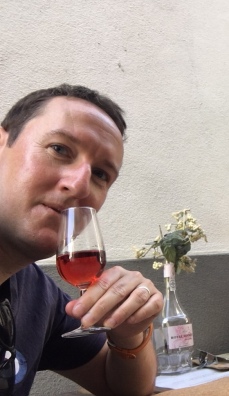 Enter my competition she said, you could win a lunch with me she said. Yet somehow it comes to the fact I (that’s italics too but it’s difficult to tell if you can see) have ended up in charge of the Literary Sofa this week while Isabel pretends to be hard at work on her new book. I wouldn’t mind but I didn’t even get the free lunch. (Or any lunch for that matter.)

Anyway, I am under STRICT instructions to polish this off within the STRICT 800 word limit. Also, I’m pretty sure there was something about not using block capitals or italics but this is my third guest post for this blog and since the boss isn’t around…

Isabel Costello invited me to write a ‘light-hearted’ piece on my experience of taking 9 months to read my favourite book of the year so far (as nominated* in the competition I didn’t win); indeed crime thriller I am Pilgrim by Terry Hayes is the longest book I have ever read.  My name is Ben and I am a slow reader – there, I said it.

I love reading (and, legend has it, I even dabbled in a bit of writing once upon a time) but it takes me so long compared to everyone else. I put it down to not reading much in my early years. I would struggle to list any books I read before I went to university, which is slightly worrying considering I did complete an AS level in English Language.

Or maybe it’s because I usually read non-fiction, where there’s not always the urgency to follow a thread to the end.

But lately I wonder if it is because I am over reading. In my job I tend to sweat the small stuff – when it comes to my own reports and plans I read, re-read and pore over every sentence. If I don’t, someone else will and I don’t like things coming back to bite me on the backside. I’ve noticed I do this with books as well.

“You don’t rewind a film and go over the same scenes again and again, do you?” somebody asked me when I was pondering this mystery. Ah, perhaps this is where the problem lies – I do. 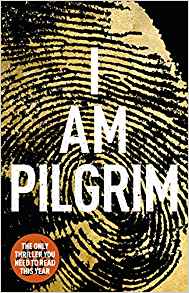 Whatever the reason, my slow reading pace does mean I want some return on my considerable investment of time. My latest read weighed in at 888 pages (and believe me it was weighty – I found out to my cost one night when it plonked me on the nose mid-read) ‘That’s 3 books, surely?’ I asked Mrs B, when she told me for the umpteenth time I had to read it.

Don’t you just hate it when people tell you about ‘the best book ever’, the one ‘I know you will love so much’? Don’t you love it when they’re right?

No spoiler alerts needed – I can’t remember much of the first half (it was snowing back in February when my quest began). But a month after finishing the masterpiece, I still feel a little empty – for me the screenwriter in Hayes really brought each page to life as its own scene**. Although I wished endlessly that I could read it faster, and the reading experience may have suffered in some ways, the commitment and the time it took had their own benefits. It became such a part of my life and its world a part of mine, not surprisingly, as I inhabited it for nine months.

As winter turned to spring, spring to summer and summer to autumn (see, I told you I did English at school), the only thing that daunted me was knowing it would come to an end. I remember breathing a sigh of relief when I realised there were still 286 pages to go.

I love books’ ability to surprise you, enthrall you, teach you, immerse you, make you laugh, cry, shock you and enhance your day-to-day life. Isn’t that totally amazing for a bunch of words on a blank page in this whiz bang tech world of ours?  The shortest poem can do this just as much as the longest novel. I’ll always wish to be a faster reader, just as I’d like to be a faster runner, but in the meantime I’ll settle for being the best one I can be. It seems to have worked so far.

In her absence, Isabel has sent the following message for Ben:

Thank you, Ben, for keeping the Sofa warm while I am genuinely working very hard on my book, actually.  It’s a great piece full of your trademark wit and charm (so glad we cleared up that confusion about the 800 WORD wordcount.) As its been such a success (let’s assume…), I am happy to grant your previous request for lunch at The Ivy in December, but you’ll have to pay your own way or treat me. Completely up to you.

*The Literary Lunch competition resulted in a great selection of book recommendations from readers of the blog, which you can find here.

Novelist and short story writer based in London. Debut novel PARIS MON AMOUR now out in digital and audio, paperback on 22 May 2017. Host of the Literary Sofa blog.
View all posts by Isabel Costello »
« Writers on Location – Joy Rhoades on the New England Tableland, NSW, Australia
The Word for Freedom – Stories of Women’s Suffrage »