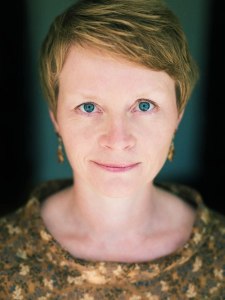 This week I am more than usually thrilled to welcome poet, wit and newly hatched novelist Isabel Rogers back to the Literary Sofa.  Last week’s moving piece by Catherine Simpson on Writing about Mental Health was a wonderful start to the series of guest posts by authors of titles from my First Sofa Spotlight of 2019, and the incredibly popular Isabel Rogers should be good for traffic too…

Clearly there’s a bit of a Writing about things that are hard to write about theme going on here, with more to come.  Isabel’s debut Life, Death and Cellos, the first in her Stockwell Park Orchestra Series, takes on a challenge which inspired a line so brilliant that its attribution remains hotly disputed: writing about music is like dancing about architecture. (I’m going with Elvis Costello, for obvious reasons.)

Is it?  I think we know what they’re getting at, whoever they are.  I certainly do, as I’m about to finish writing a novel inspired by perfume and the sense of smell.  These are risks for a writer, but risks play a vital part in fiction and publishing [fanfare for Abbie Headon at Farrago and indeed anyone who can see the appeal of subjects we’re not all sick of].  When they pay off, as Isabel Rogers’ writing about music does, they open up entire worlds and sensory dimensions to the reader. With its slightly retro brand of humour bordering on farce, this novel offers a much needed escape from the big bad world into the microcosm of the orchestra; it was a complete change from my normal reading with some hilarious moments and larger than life characters. As a not very musical person (O’level and a few years of piano last century), I was prompted to seek out and listen to the pieces in the novel, which really enriched the experience.  Isabel didn’t just pull it off; she made it look easy, and now she’s going to tell us how:

I was born [cue blues guitar riff] into a musical family: my mother was a professional singer, and taught singing and piano. My father, though not a sight-reader, could sit at a piano and play anything in the style of anyone – nursery rhyme theme-and-variations as Bach, Rachmaninov … you name it. My sister and I started learning violin together (she was six, I was four). I lasted three months before giving up (she carried on), and spent years making my mother terrified she had spawned an unmusical child. No pressure. Then I picked up a cello. A bit later I also started the French horn, partly because I fancied the boy teaching me. But I digress.

The point is: this is my normal. I met a lot of my friends because we played in the same orchestras, or sang in choirs together. [Swirly harp arpeggios: fast forward a couple of decades.] Then I pitched an early version of Life, Death and Cellos to a literary agent at a festival one-to-one and was comprehensively ‘othered’. “I can’t sell this,” he said. “It’s too niche. Nobody would buy it.”

Of course, it wasn’t only the musical setting that made it difficult to sell, it was comic fiction too. By a girl. A triple whammy of impossibility. What was I thinking? Anyway, I flounced off and wrote a collection of poetry. In your face, sales gods.

We all have different experiences. Wouldn’t it be dull if every book were about the same stuff? I was lucky enough to meet my Farrago editor, Abbie Headon, on Twitter – we made each other laugh before we even thought about books. Abbie is a musician herself so, when I discovered she was looking for comic fiction, we practically married on the spot. She knew the world I was taking the piss out of and, more importantly, she believed she could sell it to those who didn’t as well as to those who did.

We walked a fine line when editing Life, Death and Cellos. Abbie and I are both steeped in the vocabulary I used: Italian musical terms, names of composers, bits of instruments that have obscure, fiddly names. The trick was to know how much to leave in without explanation, and how much we could expect a non-musician to put up with before they got frustrated. We did put in little amplifications here and there, which I’d skipped for readers like me but she knew would help a non-musician.

What I didn’t want to do was write something that was all shibboleth, like a review in an intimidating rock magazine that assumes a terrifying level of obscure indie band knowledge before you get their first reference. That’s just not friendly or inclusive. I don’t understand football match reports because they swerve into using nicknames for the club or player before I know who they’re talking about. I reckon you should be able to have both an appreciation for a deep and detailed knowledge, and happy welcoming of newcomers. I, as Freddie Mercury so inspirationally and orthodontically sang, want it all.

I’ve heard from musicians who enjoyed my descriptions of practice. I mean, real practice. I tried to convey how it feels to sit alone, with hours ahead of you, with a piece to learn, and to put in the technically demanding and micro-fastidious hours it takes to get passages into your muscle memory. Apparently, these paragraphs absolutely work for fellow musicians. The real test will be to discover if they convey the same to anyone who doesn’t play.

Some readers said they searched out and listened to the pieces I describe in the book. I like to think I inspired them with my florid prose. It could merely be that they couldn’t work out what the hell I was trying to explain and had to hear it for themselves.

The awful impossibility, of course, is that you can’t describe sound through the medium of sight. I’m buggered before I even start. There is almost a wilful synaesthesia about trying to. When I wrote about a particular orchestral piece, I would have it playing loudly while I tried to capture what different instruments were doing, plus I had a score (the sheet music showing what all the different instruments are playing) open on my desk to check individual entries if I needed to be specific. I tried to let a reader swoop into the middle of an orchestra in full flight, and give an idea of how it feels to be part of a great engine like that. Through an entirely silent medium. You see the difficulty?

Next week, join me as I try to convey the non-eyebrow lift of the Mona Lisa through the vehicle of modern dance.

Also, how great that Isabel has offered to return next week because I will be away sunning myself on a family trip to Senegal to visit our eldest son who’s spending a year of his degree course there.  The second week it’ll just be me and him and I may have the headspace to write the piece I’ve been planning on my first 10 years of writing – once I’ve recovered from the effort of finishing my book.