A Month of Canadian Fiction 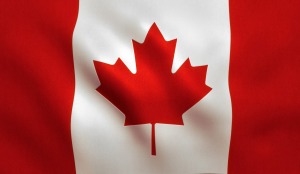 You’ve seen the mountains, now let’s talk about the books! After last week’s travel post on Canada, here’s the one I promised on my month of reading exclusively Canadian fiction (an action-packed two week trip didn’t give me much time to read, so I kept going).  When I asked my Twitter followers for recommendations of Canadian novels I wasn’t anticipating the deluge which could have kept me occupied for a year. Thanks to everyone who replied – now it’s my turn to spread a little ‘CanLit’ love.

I chose the first five titles because they/the authors received multiple nominations – the final two are my own discoveries. Several aren’t recent, which is good – in the clamour accompanying new releases it’s easy to forget that books have no expiry date. 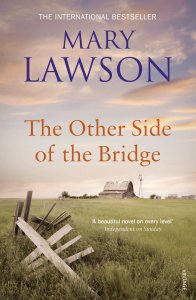 THE OTHER SIDE OF THE BRIDGE by Mary Lawson (2007)

Mary Lawson has a huge following and this novel made me see why.  Set in northern Ontario between the 1930s and 50s, it deploys a couple of well-worn tropes to tell the heart-rending story of two brothers, one ‘good’, one not, and their very different love for the same woman. Add to that the small-town doctor’s teenage son who also has a serious crush on her, the backdrop of WW2 in which many local men have gone to fight and the stage is set for a tragedy of many layers. I loved it for the writing, the superb sense of place and time and its strong emotional pull. 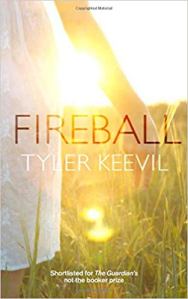 Much of Tyler Keevil’s fiction is set in his native British Columbia although he now lives in Wales, and this was his debut novel.  First person narrator Razor attempts to make sense of the summer he and three friends experienced a particularly brutal coming-of-age after saving a stranger from drowning. There’s an incredible rawness and suppressed vulnerability to his slang-laced voice, a feel for the complicated adolescent social hierarchies in Vancouver, and echoes of Razor’s grief and bewilderment in the clever structure. It left me keen to explore Keevil’s later work. 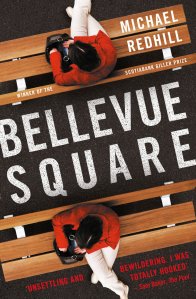 I was intrigued by the premise of this novel which won the Giller Prize in 2017, but ‘mystified’ would best describe my overall response as it’s never entirely clear what’s real and what isn’t. In that respect it reminded me of Familiar by J Robert Lennon including some of the attendant frustrations. Toronto bookstore owner Jean Mason develops an obsession with tracking down her Doppelgänger after several acquaintances mention sightings of a woman who frequents Bellevue Square, along with a cast of misfits who assume roles in the story. Despite its warm, accessible style – and it’s extremely articulate – this novel deals in complex abstract ideas some of which (looking at you, quantum physics) were too much for me; however, I found the parts involving Jean’s family very moving and relatable. 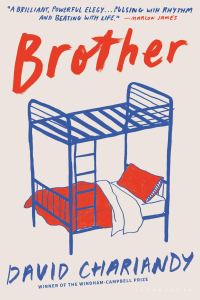 Fiction doesn’t usually work for me in audio but as this is a short novel, I took a chance on Joseph Pierre’s narration, so natural and sensitive that it feels and sounds as if it is the voice of Michael, with nothing and no-one in between.  Like the author, the brothers in this story are Canadian born of Trinidadian origin.  Set in the Toronto area, it’s about growing up between two cultures, on the margins, with the same hopes and dreams as anyone else, only much worse odds. It’s a story where love and human bonds always win over prejudice and violence.  Several times the emotional power, the simple beauty of its expression brought me to a standstill walking down the street.  A timely and illuminating contribution to the discussions about race, immigration and privilege. 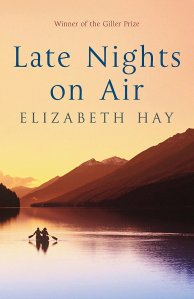 Several friends who know my taste told me I’d love this, and it’s not surprising that they were right – two years ago I had the honour of hosting Elizabeth Hay on the blog following publication of her fifth novel His Whole Life. Many years earlier, Late Nights on Air won her the Giller Prize and has the same emotional intelligence, lyricism and transporting evocation of the wild. Set in 1975, it draws on Elizabeth’s own experience of working for a small radio station in Yellowknife in the far north of Canada, spinning a complex web between the eccentric handful of employees which will be put to the test when four set off on a remote and dangerous expedition.  The only false note was the repeated foreshadowing; I cared enough about the characters to be on serious tenterhooks without it. 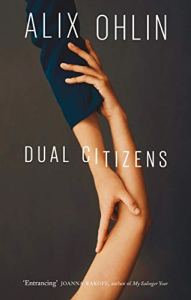 I couldn’t find any of the novels I was looking for in the bookstores of Calgary, Banff or Canmore but I kept seeing this one which proved to be very much my kind of thing.  Set in Montreal, New York City and elsewhere in Canada and the US, it tracks the strained bonds between half-sisters Lark and Robin, daughters of a French-Canadian ‘disinterested single mother’ who have different American fathers.  Whilst many of the themes are universal – it’s very insightful on difficult mother-daughter relationships and motherhood itself – there is nothing generic about the characters or their unconventional lives and it’s all the better for not gushing with emotion.  I loved the writing for its elegance and restraint. 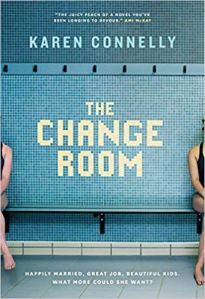 The Change Room shares territory with both my debut and forthcoming novels, including the perspective of women over 40 and female bisexuality.  It was difficult to get hold of as it wasn’t released in the UK or US and in fairness, by the time it arrived my fevered anticipation and expectations would have been hard for any book to satisfy.  It was a compelling read and respect to the author for putting female desire and a number of thorny matters of sexual politics centre stage. Overall I struggled to empathise with Eliza, the married mother who embarks on an intense affair with a younger woman she meets at the swimming pool – many of her first-world problems were of her own making and a little self-awareness wouldn’t have gone amiss.  I could completely relate to the attraction between the women but to my disappointment, nothing quite matched the erotic charge leading up to their first and most risky sexual encounter.  The love scenes which followed were so lengthy and explicit that it left no space for the reader’s imagination, or at least not mine – some have found it incredibly sexy.  Either way, it’s a novel I’d love to discuss with other women.

This was a really stimulating, enjoyable month that’s left me keen to read more Canadian fiction.  I’d love to hear about any you’ve read and if any of the above tempt you.

Next week flash fiction makes its first appearance on the Literary Sofa with a visit from Ken Elkes as his debut collection All that is between us is released by Ad Hoc Fiction.

2 thoughts on “A Month of Canadian Fiction”