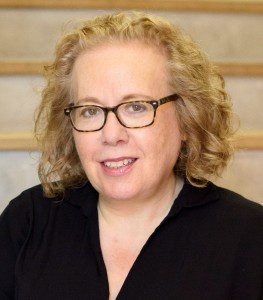 When I released the Spring Sofa Spotlight last week, commenting that books can bring comfort and refuge in troubled times, I had no idea how much worse things were about to get. But the principle stands, with many turning to the arts to help us through this scary and unprecedented (in our lifetime) crisis – not least because overdosing on news updates and social media can add to the strain we’re all under. Asthma puts me at risk and my stress levels are sky high (that’s probably most of us at this point) but if possible, I will be proceeding with the spring guest author programme as planned and hope you’ll join me in supporting the authors, publishers and independent bookshops, many of whom are now selling online or over the phone like my local favourite, the All Good Bookshop. (As a member of the co-operative, technically I own a little piece of this shop.  You can too if you like.)

Anyway, it’s a pleasure to welcome my friend Eleni Kyriacou to the Sofa to discuss how she captured place and time in her novel She Came To Stay.  Inspired by her own family’s immigration story, the book was acquired by Hachette’s Future Bookshelf open submission initiative which aims to discover and publish underrepresented voices from all backgrounds and communities. It feels ages ago that Eleni and I spent the evening together in Soho, even though it wasn’t.  It had never occurred to me to host a Writers on Location about London until now and it feels very poignant and strange to be doing it today, not knowing when we will be free to walk those streets again.  My review follows the piece:

London’s West End has always been close to my heart, so it felt natural to set my debut novel, She Came To Stay, there. My parents arrived in England from Cyprus in the 1950s and, like many immigrants, worked for years in Soho.  Years later, I spent 20 years working in the West End, too. In the fifties, my mother was a seamstress and my father a waiter, but many Cypriots started their own businesses – clubs, bars and cafes. It’s this glittering, grimy life I wanted to portray in She Came To Stay.

In order to capture the place and time, I knew I needed to undertake a lot of research.  I began by looking at old family photos and speaking to relatives who settled here at the time. Then I visited exhibitions, read novels and non-fiction about the era and (possibly the most enjoyable part) watched many films. The specific locations I came upon really sparked my imagination, and I used these to bring the story to life. Anchoring scenes in actual places gives them authenticity – particularly useful if your plot has dramatic turns as mine does. It also helps readers believe that they’ve entered this world with you.

One location I was keen to portray was the café Patisserie Valerie on Old Compton Street. Established in 1926, it was a huge part of my own life because for several years during my twenties I worked just a couple of streets away and would visit every morning, either with friends or alone. With its cosy, almost illicit atmosphere, it was the perfect place for my main character, Dina, to have her secret meetings with her new 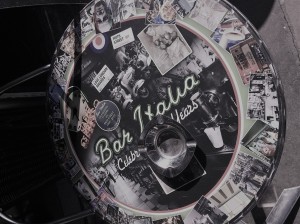 boyfriend. Bar Italia, the cool café on Frith Street in Soho, opened its doors in 1949 and gave me the idea for the Coffee Corner. Though the latter is nowhere near as lovely as the stylish Bar Italia, I used the idea of a recently opened café run by immigrants, employing others who’d also just arrived. When you’re a stranger, I think you gravitate towards others in the same situation.

The same applies to food stores that provide a taste of home. The wonderful Lina Stores deli, which was among the first to sell ‘continental’ goods in Soho, features in the book because an Italian grocer’s is exactly the sort of place Dina would have shopped. Italians and Greeks share similar cuisines and culture, and there would have been a familiarity here for her.

Sometimes my research inspired actual scenes, and this was the case with St Anne’s Church (between Wardour and Dean Street) which suffered two blasts in 1940 and a third in 1944. It wasn’t unusual for locals to walk past ruined buildings every day, as it took months, sometimes years, to clear and rebuild the city. I used the bombed-out churchyard as the setting for the first heart-to-heart between Dina and Bebba, where they both reveal fragments of their shattered pasts.

Despite all the hardship, I wanted She Came To Stay to show the excitement, hope and glamour of the fifties, too. So I set a scene in Selfridges, with Dina and Bebba trying on ridiculously expensive gowns they could never afford. I chose Selfridges because of its grandeur – it would be intimidating to Dina, but also, perhaps, slightly ridiculous. The clock above the main entrance is guarded by an 11-foot bronze structure of a beautiful gilded angel, known as the The Queen of Time, and for years friends have met underneath and still do today. The opulence of Selfridges throws into relief the difference between the two women: Dina feels awkward and a fraud, whereas Bebba seems to fit right in.

Sometimes during research you have a eureka moment, and when I learned that there was a five-day lethal smog in December 1952, it was one of those moments.  I decided to use this event as the climax to my plot (a real event can help give your story the ring of truth). The smog fell over the whole city, but when I saw a drawing of St Pancras station, I realised this building, with its gothic grandeur and its spires wrapped in toxic smog, would be one of the most frightening places to visit during that time.

It was exactly the foreboding location I was after, so I used it for a central scene in the book. Train stations are wonderful, daunting places. Imagine arriving in the 1950s, not speaking the language, with just a suitcase in hand, looking up and seeing this vast, beastly structure. My auntie says that when she disembarked at Victoria station, she was freezing cold and scared. Everyone was rushing, and seemed to know where they were going. Everyone except her.

Many thanks to Eleni for this beautifully atmospheric piece and the lovely photos – I’m sure readers and writers will relate to the almost magical way places can spark story.

IN BRIEF: My View of She Came To Stay

This debut has all the ingredients of great women’s fiction and could be just the ticket if you’re looking for a story to lose yourself in.  One of its strengths lies in the interplay between the hope and excitement of a new life and the grit needed to survive the challenges of the immigrant experience, particularly for a single woman in the 1950s.  Leading a strong cast, Dina is a strong and endearing protagonist whose adventures and misfortunes take place against a fabulously evocative depiction of fifties Soho with its mix of glamour and seediness. The descriptions of fashion are exceptional. Elegantly written and compelling, this is a novel with style and substance – if you liked the TV series The Hour, there’s a good chance you’ll enjoy this.

Next week the spring line-up continues with a visit from Hannah Persaud, on Writing about an Unconventional Marriage in her debut The Codes of Love.

Novelist and short story writer based in London. Debut novel PARIS MON AMOUR now out in digital and audio, paperback on 22 May 2017. Host of the Literary Sofa blog.
View all posts by Isabel Costello »
« Spring 2020 Sofa Spotlight
Guest Author – Hannah Persaud on Writing about an unconventional marriage »