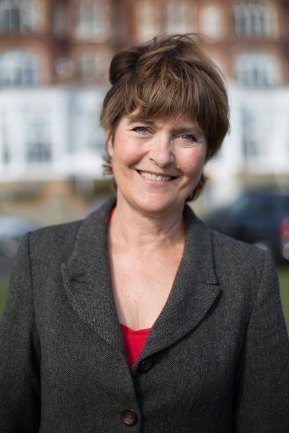 As some of you will know, especially if you’ve read the pieces I’ve written since my novel Paris Mon Amour came out this summer, I have a passionate interest in the portrayal of female protagonists in contemporary fiction and strong views to match. Although there are all kinds of ways to approach characterisation, every successful example is, by definition and necessity, unique. As explained in the review that follows, I was very impressed with Jane Lythell’s skillful creation of her narrator Liz Lyon, in which she puts her extensive experience as a TV producer (and later Deputy Director of the British Film Institute) to good use. Creating characters who feel like real people is a non-negotiable requirement for anyone writing fiction and I’m delighted that Jane agreed to share her thoughts on the Literary Sofa today:

In my latest novel Woman of the Hour I wanted to write a strong female character who has weaknesses and vulnerabilities too. Liz Lyon is 41 years old and is divorced with a fourteen year old daughter. She’s a respected but stressed-out TV producer and a guilty single mother. She has too much on her plate and is under relentless pressure. Many books depict women’s home and emotional lives. I’ve seen much less fiction about a woman struggling with the pressures of work and I wanted to explore that. I wanted to show the whole woman: the work-Liz and the home-Liz. How did I set about creating Liz so that the reader would believe in her and root for her?

My first decision was to write the novel in the first person. First person point of view allows you to reveal the gap between a person’s inner voice and their outer behaviour. Because she has to manage a lot of huge egos at the TV station Liz Lyon is someone who often can’t say what she means when she’s at work. She has to bite her tongue and be diplomatic. At home Liz is far more emotional and reveals her real thoughts and feelings. She can and does let rip. Indeed Liz fears that she is a better mother to her team because she is calm with them than she is to her daughter Flo, precisely because her beloved Flo presses all her buttons. Developing this contrast between work-Liz and home-Liz helped me to create a rounded three dimensional character.

You can also build up a sense of a character by showing where they live, what they like to eat and wear and even the perfume they use. It is through these apparently small details that a sense of the person will emerge. Liz lives in a two bedroomed garden flat with her daughter. Her mortgage takes a huge slab of her salary every month but she loves her flat; it is her haven. She loves her small garden, her squashy yellow sofa and listening to the heart-sick ballads of James Blunt. Most of all Liz likes to cook comfort food when she gets home from work in the evening:

I don’t eat much during the day and when I get home I like to make something from scratch. I’m an average cook but cooking helps me to decompress. Macaroni cheese is one of my favourite comfort foods and I made a creamy sauce with extra mature Cheddar and a bit of Gruyère I had left over.

This became such a feature of the book that I included three recipes at the back called: Comfort Recipes for the Stressed Out.

I like to think about what colours my characters would wear as an expression of their personality. Liz Lyon favours the colour red:

Red is my colour, usually the darker shades: burgundy, aubergine and crimson. I occasionally splash out on something scarlet; usually when I’m feeling excited or happy. When I started going out with Ben I was on a high and I bought myself a bright red leather biker jacket. God, I loved that jacket. It was the most I had ever spent on an item of clothing and now it’s tucked away at the back of my cupboard. I’m not light-hearted enough to wear it at the moment.

Another way to build a sense of a character is to get other figures to comment on them and give an insight of what they think about that person. Liz works for a power-crazed boss called Julius Jones and there is a frisson between them. One evening he walks into her office as she’s preparing to go out for dinner: 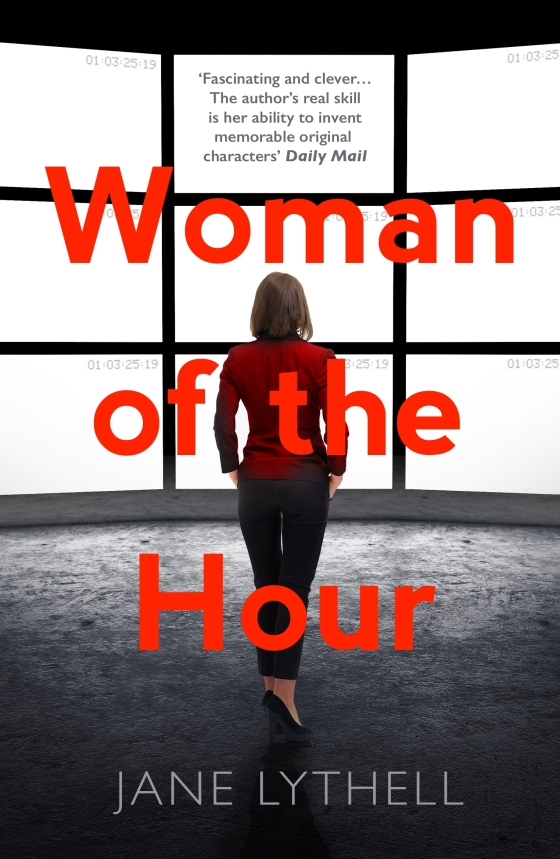 ‘Very you; nothing conventional for Liz Lyon.’

And finally, I think you need to show your character’s very low points so that the reader will identify with her struggles. There was a point in the novel where Liz reached rock bottom:

I didn’t know it would be so hard to be a lone parent and the main earner or that I would feel so alone. Once I had been a promising and light-hearted student with Fenton and we had a world of infinite possibilities in front of us. Where had it gone? Then the tears came and I curled up in a ball, sobbing with a frightening intensity as if some inner restraining wall had finally been breached.

For me fiction is always about the characters and I try to put myself into their shoes and make them live and breathe.

Thanks to Jane for a great post that I’m certain will interest readers and writers alike.

IN BRIEF: My View of Woman of the Hour

This is a vibrant and compelling novel which offers a fascinating inside view of a TV station, a world with a set of egos, rules and workings rich in dramatic and comic potential. It is also a very honest and believable portrayal of a woman who has a complicated life and faces many pressures, not least the conflict between the person others see and the ‘real’ one inside – the dichotomy which lies at the heart of all good charcterisation. I found Liz Lyon an exceptionally empathetic and relatable narrator, to the point of absorbing and feeling her stresses and emotions! Jane Lythell succeeds in rounding Liz out in every dimension: as a professional woman in her 40s, a mother, a friend, an ex-wife; the result being herself. The rest of the cast are well drawn too, and the scenes with teenage daughter Flo particularly resonated with me. This is the first in a series and although that has implications for the narrative arc (as with TV series, actually), I will be avidly following Liz and her up-and-down life. I’m always saying it doesn’t matter if I like a character, but this is one of those times I really do.

Next week’s guest is Debi Alper, who’ll be sharing her unusually wide perspective of editor and author and her experience of the different routes to publication.