[NOTE: This post discusses the portrayal of child sexual abuse in fiction.] 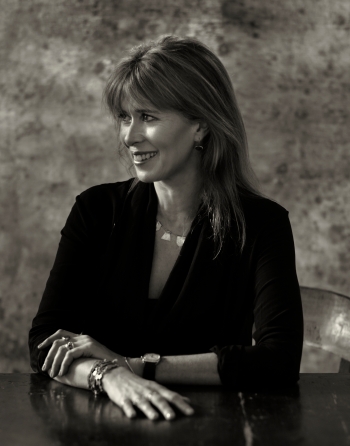 When I was organising Sofa visits from authors featured in this year’s Summer Reads selection, I thought what an exceptional line-up it was going to be and it’s great that it’s met with so much interest and enthusiasm – thank you to everyone who’s been following the guest posts and spreading the word!  If sport or politics monopolised your attention last week, the extended special edition by Catherine McNamara (and me) on Writing about Sex and Desire received a lot of thoughtful appreciation.

Sticking with challenging themes, today I am very pleased to welcome Sofka Zinovieff on Writing about a Taboo Relationship.  Lately I’ve been picking up a sense of anxiety regarding the handling of sensitive subjects. With all my various ‘hats’, I believe it is vital for authors to be willing – and to be allowed – to take risks in pursuit of the stories we are driven to tell, and that individual readers can make up their own minds.  On that note, you can discover the grounds for my against-the-odds admiration of Sofka’s novel Putney in the review which follows her piece:

When I decided to write about a 13-year-old girl falling in love with a much older man, I realised I would be digging about in a hornets’ nest.  We are reluctant to admit that children may be interested in sex.  And yet we know that Romeo’s Juliet was only 13 and that passions felt at this age can be as deep and dangerous as at any point in life. We also know that the lustful male gaze directed at “nymphets” has never been limited to Nabokov’s shocking depiction of Humbert Humbert’s obsession with 12-year-old Lolita. However, child sexual abuse is now scrutinised and abhorred as never before, and it is risky territory to explore in a novel. Was it even possible, I wondered, to write about romance and love between a young girl and an adult man without appearing to condone an awful and illegal case of abuse?

Daphne is growing up in an unconventional household with her writer father and Greek activist mother. It is the 1970s and they live by the Thames in Putney. Unlike Nabokov’s Lolita, she is an intelligent, rebellious girl who is given a voice with which to describe her emerging sexuality and tangled adolescent emotions. The novel shifts between the past and the present day, in which a middle-aged Daphne has settled down as a single mother and artist after turbulent decades of drug-use and disaster. She has recently moved to a flat right cross the Thames from her childhood home and is creating a work of art celebrating those years and above all, her relationship with Ralph – a married man, 18 years her senior. She still views their secret as a romantic love affair.

Ralph, now a celebrated and ageing composer, has lost touch with Daphne, but memories of his blissful trysts with the dark-eyed sprite help him through the pain and mortifications of chemotherapy. He genuinely adored the girl and believes he would never have done anything to hurt her.

It is the reappearance of Jane, her best schoolfriend, that forces Daphne to question what happened. What Ralph did was technically rape, explains Jane. And what would you do if a man loved your own 12-year-old daughter? Jane’s path has been far more straight-forward than her long-lost friend’s; she is a scientist with a loving husband and two student sons. She is clear that Daphne should report Ralph to the police. Neither woman, however, is prepared for what their reconnection will bring.

Putney’s setting of a riverside house in the Bohemian London of the 1970s is not dissimilar to my own childhood home, and my family’s milieu provided similarly hazy notions about where freedoms blurred over into neglect. However, although there are elements I have taken from my life, Daphne’s story is not mine. I carried out research into the subject of abuse, and spoke to people who had experienced it, to professionals who work with victims, to specialist police and to perpetrators. In the UK, where the age of consent is 16, a child cannot give her or his consent.  Even if a girl thinks she is in love with her abuser, this is merely a case of grooming. “Love is irrelevant”, as one expert told me.

Perhaps it is my training as an anthropologist that always makes me see the other side. In any case, my research for Putney also made me realise how culturally specific and relatively arbitrary is the legal age of consent.  A British teenager of 15 is classified as a child yet overnight, she becomes an independent, sexually free individual of 16. In some European countries, the age of consent is 14 or younger and our notions of what is appropriate are constantly shifting.

It may be hard to confront the complex longings of a young girl and there is something horrifying about an older man exploiting them. However, ignoring the power of desire within inappropriate or illegal relationships is unhelpful for understanding these dangerous liaisons. Perhaps it is similar to the taboo of discussing the pleasures that may be experienced when taking hard drugs? Few would want to appear to advertise the joys of heroin. And yet if there is no examination of the motivations for illegal sexual activities or drug use amongst the young, there is far less chance to provide help.

In Putney, I give space to the three voices of victim, perpetrator and witness, so each can say their piece and make their defence. The reader must be the judge, but not before being led inside three varied, complex minds. Ralph may be egotistical and self-justifying, but he is also sensitive, cultured and clever. He has done some monstrous things, but he is not such a monster that we automatically dislike him from the outset. It is important that he can seduce the reader, just as he seduced Daphne. I am fascinated by exploring how multifaceted and contradictory people are; in many cases, there are even more sides to a story than there are people involved.

Many thanks to Sofka for this excellent post which gives an accurate impression of what readers can expect from the novel, as well as some great insights into the thinking and process behind it.  We’d both be very interested to hear your views on today’s topic.

IN BRIEF: My View of Putney

My support for authors taking risks with controversial subjects, mentioned in the intro, is in the context of people being free to choose what (or what not) to read.  I chose to read Putney, but I can’t review it without commenting on how very unlikely it was that I would end up championing a novel which centres on child abuse, a subject I usually go out of my way to avoid. (Sometimes you don’t know in advance, of course – at least this is not one of those cases.) My consequently rare responses have tended to be on the scale: unbearably upsetting/depressing/gratuitous/offensive; the only reason for mentioning this is that Putney, whilst at times deeply disturbing and uncomfortable, did not have this effect. 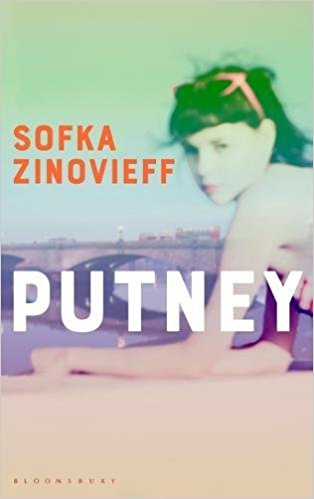 I spent an entire day thinking about what makes this novel different.  It’s due in no small part to the articulate quality and elegance of the writing, which gave me confidence from the first page; it could easily be overlooked, but the Greek locations in this book are beautifully evoked.  The issues are not sanitised or lent respectability by the privileged, if bohemian, social setting; nor are they rendered less shocking by Daphne and Ralph’s reciprocal illusions of love – although this does raise interesting points about the wider human tendency for self-deception and the role of memory and the sub-conscious.  It is a superb example of integrally woven back story, and it is psychologically astute.

What distinguishes Putney is the subtlety and rigour of the author’s interrogation of this risky and controversial premise, balancing three narrative perspectives.  There are inevitably moments which will make the reader flinch, but this isn’t cheap provocation for its own sake and it doesn’t trade in clichés, although I felt the ending could have been stronger.  It’s a novel which begs to be discussed even if, on the face of it, there shouldn’t be that much to say.  Interestingly, given what Sofka said above, I did take an instant dislike to Ralph; his ability to seduce some readers (or make them waver/suspend judgement) didn’t work on me at all – that doesn’t matter, what does is that I was deeply invested in the drama and the outcome.  I find it impossible to predict the reaction of anyone I know to the nuances of character and situation, and for all these reasons, this is a novel I admire and highly recommend.

Next week will be the final guest post of the Summer Reads series, from Finnish author Philip Teir, with a Writers on Location post on Jakobstad, lakeside setting of his second novel The Summer House.

Novelist and short story writer based in London. Debut novel PARIS MON AMOUR now out in digital and audio, paperback on 22 May 2017. Host of the Literary Sofa blog.
View all posts by Isabel Costello »
« Guest Author – Catherine McNamara on Writing about Sex and Desire
Writers on Location ̵ Philip Teir on Jakobstad, Finland »