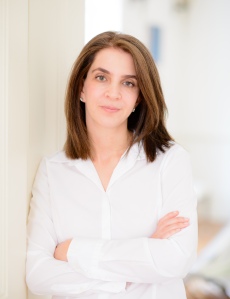 As you are about to discover, this week’s guest post by Louisa Treger is many things.  Like her new novel The Dragon Lady it’s a beautiful and vibrant piece of writing.  It could have held its own in my Writers on Location series except that it has a wider geographical focus than the novel’s principal setting of the former Rhodesia, which gained independence from Britain in 1980 as Zimbabwe.

It’s been interesting to reflect on this novel which I read a full six months ago.  The issues it raises – both on and off the page – take us from last week’s contribution by Ros Franey about what constitutes truth in fiction, to the fundamental choice of subject matter all novelists must make – more of which in my review at the end.  But first, I’m delighted to welcome Louisa on the family history which ultimately led her to write this novel:

‘Every writer has a myth-country,’ wrote Doris Lessing in African Laughter. Hers was an old house made of earth and grass on top of a hill in the Lomagundi District of what was then Rhodesia. My myth-country is a white house in Durban, very big and very light, which belonged to my maternal grandparents. When I close my eyes to sleep, my mind drifts back there. Once again I am walking through rooms that smell of beeswax and old books, or sitting underneath the piano watching my grandmother’s feet work the pedals as she plays, while all around me the chords of the Pathétique Sonata ring out: urgent, stormy and grand.

The house was built on a hillside, with a view stretching to the harbour. On a clear day, you could see ships steaming in and out, seeming scarcely to move on the indigo water. The garden was edged by avocado pear trees, banana trees, guavas; the earth beneath them pulpy with rotting fruit. Pigeons cooed under the roof, monkeys cavorted in the trees, and enormous ants scurried about on unknown missions. At night, under a blaze of huge African stars, crickets clicked incessantly and the frogs in the pond croaked so loudly that my grandparents drained it, for nobody in the house could sleep. 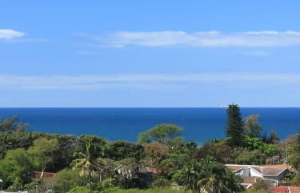 Every inch of that house and garden exists freshly in my memory. The immense skies, the warmth of the sunlight, the smell of the earth. Africa gets hold of you in a visceral way. I go back whenever I can, for I need to feel and inhale it. Yet even as a child, I sensed that all was not right in this paradise of spacious houses and lush gardens. There were signs on beaches, public toilets and buses: SLEGS BLANKES: WHITE PERSONS ONLY. NIE-BLANKES: NON-WHITES.

My grandparents had a servant called Franz, a man of dignity and warmth, whom I loved. Franz’s pockets always stored some treat for me; sweets or nuts, and once, a coin with a hole magically drilled into it – a good luck charm. He told me about his wife and twin daughters who lived hundreds of miles away in a rural village.  He was only able to visit them once or twice a year and from the way he talked, I could tell that he missed them. But it wasn’t till I became a mother myself that I could begin to imagine the pain of not seeing your children grow up.

Franz lived in a small brick house on my grandparents’ land. His South Africa was a country of pass books and segregation, of police harassment and arbitrary arrest, of being isolated from his family and forced to submit to countless humiliating laws and barriers. It was a precarious, dangerous place, yet Franz never spoke of it to me. As the years passed, I felt rather than understood the violation of his human dignity, and it filled me with anger and a kind of helpless grieving.

Let us rewind a generation. My mother was drawn to black resistance, like Doris Lessing, like Stephen and Virginia Courtauld in The Dragon Lady. She handed out political literature in the townships, some years after Doris Lessing did. Lessing described this experience in her semi-autobiographical series, The Children of Violence.

My mother was on the edges of the struggle; her extraordinarily brave friends were not. Harold Wolpe was among them – a civil rights lawyer and member of the ANC and the South African Communist party, who was arrested and imprisoned in Johannesburg. He was listed as a co-conspirator of those who would become the defendants in the Rivonia trial, among them Nelson Mandela.

My mother left South Africa for the US and then the UK. My father was British and I grew up in London, but we returned to Durban regularly to visit my grandparents. And then my grandparents passed away and for several years, we did not go to South Africa. By the time we returned, apartheid had been dismantled. The Durban I visited no longer exists.

As I grew up, I learned exactly how brutal and warped apartheid was. It was brought home all the more powerfully because my family knew about being second class citizens. My father’s aunts, uncles and cousins had sported yellow stars in Eastern Europe during the 1930s, and some of them had disappeared into the camps and were never heard from again.

The Dragon Lady began as a way of exploring my relationship with Southern Africa, but turned out to mirror it. In the novel, young Catherine senses that the segregation of the races is wrong but lacks the maturity to comprehend it fully. The Courtaulds struggle against an unjust regime, like my mother and her friends. Through writing, I tried to make sense of my Africa – my attraction to the beauty of the land, my despair at the brutality and injustice. The extraordinary story of Stephen and Ginie Courtauld provided me with a way of trying to understand this dichotomy within myself and to process knowledge that was unbearable.

Thank you to Louisa for this moving and heartfelt piece which combines an intimate glimpse of her family origins with much broader issues. 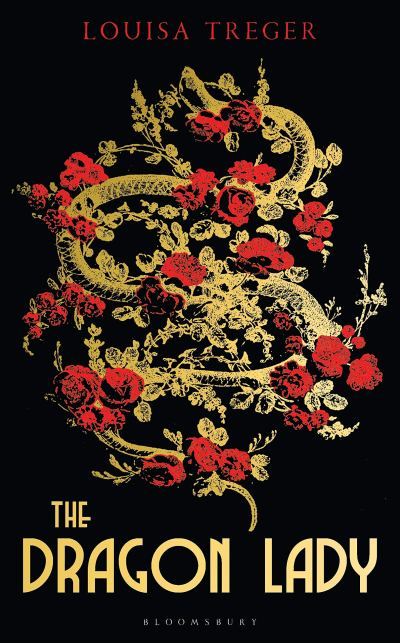 IN BRIEF: My View of The Dragon Lady

I loved this intriguing story of a woman constantly at odds with the world around her – Ginie Courtauld had to confront the wariness and judgement faced by any woman who defies social convention and challenges the status quo. I applaud the author for her vivid and unflinching portrayal of the racial and social tension and injustice in colonial era Rhodesia and crucially the fact that she avoids the trap of sanitising mindsets and actions now widely (but sadly not universally, as the news reveals every day) regarded as offensive and wrong.  I feel it’s very important in the current climate that writers continue to find the courage to tackle ‘difficult’ and controversial subjects if fiction is to achieve what it’s capable of.

For all its power to seduce and enchant, this book is full of disturbing and uncomfortable moments, sometimes extending to the philanthropic motivation and actions of characters including Ginie.  From the radically different perspective of the 21st century, the story offers a lot for readers to reflect on and discuss; having a strong interest in South Africa I was struck by the parallels.  This is a novel built on contrasts: between glamour and grit, privilege and oppression, delivered in rich prose equally effective in the description of beauty or brutality.

Next week the penultimate slot in my Summer Reads guest author programme belongs to Alison Layland, with a Writers on Location post on rural Shropshire, setting of her contemporary eco-thriller Riverflow.

Novelist and short story writer based in London. Debut novel PARIS MON AMOUR now out in digital and audio, paperback on 22 May 2017. Host of the Literary Sofa blog.
View all posts by Isabel Costello »
« Guest Author – Ros Franey on Inventing Truth
Writers on Location – Alison Layland on Rural Shropshire »