Paris Before and After 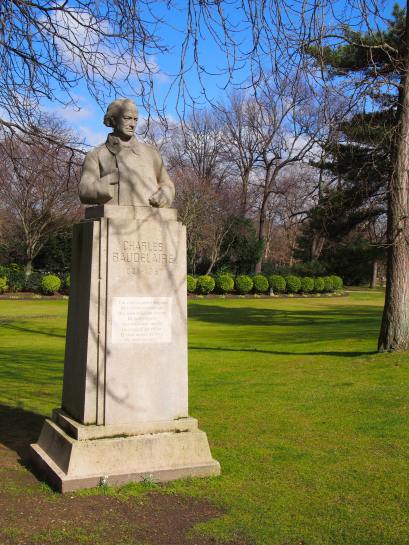 One morning last week I found myself on the Eurostar to Paris with a strong cup of coffee, reading a book about Baudelaire, one of my literary heroes (‘influences’ sounds a bit pretentious).  Rain pelted the windows, the sky low and heavy as he painted it in his poem Spleen but that didn’t matter to me.  I was off to spend three days checking the details of my manuscript and for the first time in weeks I was capable of thinking about something at other than subsistence level.

One of the things I most love about writing novels is having an excuse to spend time thinking about subjects which interest me. Often I’m surprised by what I come up with or the extent to which I have absorbed received ideas without questioning them.  The other part I love (although this has been relatively limited so far) is hearing what other people make of the end result, my work.  That confluence of interpretations and experiences from different perspectives is not just exciting for me – it is practically the reason for doing it.

On the train I was reading about duality, a motif which runs through Baudelaire’s work and is right there in the title of Les Fleurs du Mal  (The Flowers of Evil).  Irritatingly, I’m still not going to reveal the hook of my novel (yes, this time it has one!), but in it all kinds of duality come into play, some of which, if I’m honest, didn’t particularly occur to me at the time. Otherwise, the fictional stock-in-trade of love, sex, betrayal, death are all present.  What specifically drove me to write this book, with a first person female protagonist, was to explore the complexities that go with being a woman in a situation about which many people would have a pre-programmed attitude and where a man might be seen differently. Dual standards.

The process was pretty intense and this trip proved the same.  I was taken aback by how different Paris felt to me having written the entire novel since I was last there in June 2014.  Place is extremely important and is the kind of research I like most, both the physical aspect of being there and equally importantly, the part where I talk to people who live there.  If you write about cities as I do, you cannot hope to capture the place without the people, by which I mean the kind of people who appear in the novel, of course.  There is no way anyone could represent the enormous diversity of New York or Paris society and culture in a novel and it would be a disaster to attempt it.

This is my second time setting a novel in a place I haven’t lived.  I got to know Brooklyn in the process of writing We can’t be Strangers, about a third of which is set there in the Seventies.  I did plenty of on-site, but because it wasn’t contemporary I was very dependent on finding the right people to talk to and incredibly lucky to find them.  And I did feel weird and emotional when I went back there and wandered round the places where the book was set. 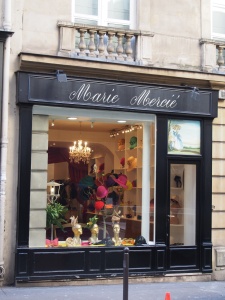 But this trip to Paris wasn’t the same.  My three oldest friends are French.  I have known the country, the city and the language most of my life.  Fortunately all of this puts me in a position to take part in something the French are so good at – the kind of long, complicated and heated discussions that I rarely seem to have in English.  I could never have written this book without my friends’ insights; they’ve opened the door on things I couldn’t have begun to understand from roaming the streets like a tourist.

I was staying with a friend I’ve known for 36 years, in his beautiful new flat off rue Vaugirard in the 15th arondissement, only a fifteen minute walk from the very posh 7th and the Champ de Mars/Eiffel Tower, one of the locations in the book.  (Seriously, it is.  Why should keyrings have all the fun?)  With his empire-sized intellect and party animal personality, J the geopolitics expert is a brilliant conversationalist.  I ran various parts of the book by him and it was hilarious hearing my words read out in a French accent.  He thought the hot bits were hot and he laughed a lot, as well as taking a fancy to one of the secondary characters.  I told him I didn’t want to overdo it that first night so we stayed in, eating enough seafood for about ten people (never do this).  I tried to stop after three  glasses of champagne but hearing that I ‘become French’ at that point I thought it would be a pity to stop given the serious research purpose of my trip (never do this).  When a few hours later I was told that despite my outwardly conventional lifestyle I am deeply wild at heart I was done for.  Ooh, I thought, I like this! Maybe I’m fascinatingly complex and duality-…dualitique…dualesque. 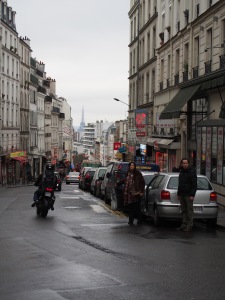 Ahem. No more than we all are.  Nowhere near as much as the main character in a novel has to be.  And that brings me to what really made Paris feel so different this time, the bit I know sounds bonkers to non-writers.  As I strolled around checking where the light falls, whether you can see what I’ve described from where my narrator Alexandra is standing or hear what she hears – occasionally making expedient decisions that it wasn’t important – it was as if I was still deep in her head.  Certain places have acquired a new significance depending on what happens there in the story.  I felt horribly sad heading to the unglamorous north-eastern 19th arrondissement, which crept in unexpectedly as one of the main locations, and it wasn’t just because of the rain, or my hangover, or seeing armed soldiers on street corners.  If your novel doesn’t feel like a true story to you either it’s not there yet or you’re in big trouble.

I broke off writing this blog post to have a thrilling long phone conversation with my wonderful agent Diana who has just read the manuscript. Apparently it’s ‘all there’ which is such a relief after the hideous restructuring/rewriting hell I went through before getting an agent.  As always Diana ‘gets me’ and has a gift for helping to identify the nuances and tweaks that could take it to another level.  I’m feeling very happy and excited!

Maybe the way I see Paris won’t be the only thing that changes for me this year.  I may have a small glass of something tonight.

There will be no oysters.

In a Literary Sofa first, I will shortly be posting a detailed and opinionated review of Michel Houllebecq’s novel Soumission even though it’s not out in English until September because everyone in Paris is talking about it now. 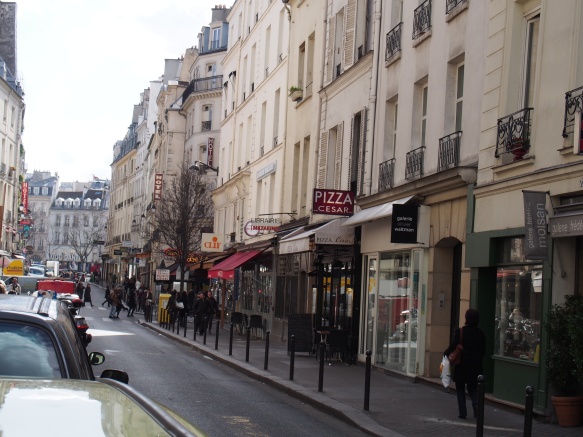 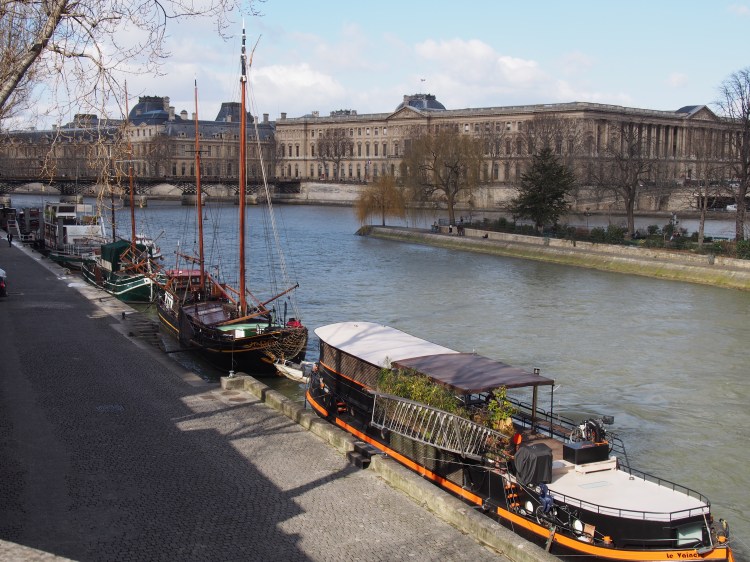 23 thoughts on “Paris Before and After”