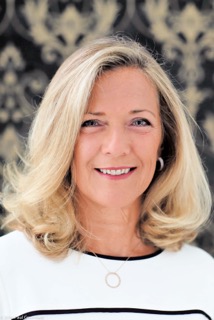 Today I’m joined by a friend, the author and psychologist Voula Grand.  Voula and I met soon after I joined Twitter and started the Literary Sofa blog.  She has been an early reader of the two novels I’ve written and her generous feedback, giving me the benefit of her professional perspective, has been fascinating and immensely valuable.

In addition to working as a business psychologist, Voula is finishing her second novel, Honor’s Ghost, a ghost story, as Honor’s great grandmother tries to tell her a devastating secret that has scarred her family line. She’s also writing a related blog series called Hopes, Dreams and Memories currently focussing on the psychology of hope. The first book in the Honor series, Honor’s Shadow, published by Karnac in 2011, is a psychological drama about secrets, betrayal and revenge in marriage.

No keen reader could fail to notice the lasting influence of certain huge titles on the book market.  I’ve lost count of the number of novels that have been (and amazingly, still are) compared to GONE GIRL.  And I have often sighed as I open a padded envelope to find yet another novel about someone going missing.  But presumably some readers are enticed by the promise of the familiar. Today Voula offers us her take on two novels which have achieved enormous success with the spells they cast.  Or not…

As with dreams, we can suspend disbelief as we are swept along by the bewitching images and ideas that stories evoke. These are not simply whimsical ideas any more: current neuroscience tells us that compelling tales are received primarily where our dreams live, in deep non-verbal brain structures that understand the world in symbols, metaphors and archetypes, as well as a secondary engagement with our verbal, reasoning brains. In great fiction, a spell is cast via imaginary worlds, compelling characters and gripping plots, with suspense rising to a mid way turning point, an unexpected shocking event that turns the story in a new direction. At its best, it’s high drama that couldn’t be guessed at, yet is utterly believable and convincing, drawing the reader ever deeper into the author’s spell. At its worst, when it’s ill conceived and unbelievable, it breaks the spell irrevocably.

Let me demonstrate: This is me reading Gone Girl, two words that now mean much more than the book title it started as, inspiring an entire new genre of fiction. Gone Girl begins in the mind of a woman who is reflecting on marriage and relationships, based on her belief that we all “sell” our best selves to our future partners.  Written with skill and wit, I submit to its spell, able to inhabit, for a while, the mind and heart of a person with a different take on relationships to me, allowing me to compare and contrast my own views, stimulating me mentally and emotionally.  What a great book, I think, interesting, fascinating, amusing. Then came the mid point, that moment, in most successful novels, that turns the story, after which nothing can ever be the same again. For those of you who read it, and that will be most of you given its bestseller status, you’ll know what I’m talking about here.

And this was when my thinking brain barged in, hands on hips, full of scorn: “Oh for God’s sake! As if that could happen… what a copout…. Couldn’t the author think of anything more plausible than that?” I finish the book hurriedly, out of curiosity, but with increasing irritation and annoyance that it’s early promise wasn’t realised. I feel manipulated and insulted by the author. Under duress, I go to see the film and dislike it intensely.

In contrast, this is me reading Apple Tree Yard. I am quickly enthralled by this story of a professional woman in a disappointing marriage who engages in an affair with a mysterious stranger with a penchant for high-risk outdoor sex.  Amazon reviews reveal that some readers found this too unbelievable a premise to encourage further reading.  Me, I am very happy to go with it – a statement I make to demonstrate my willingness to believe unusual notions that are presented with skill and conviction.  So, there I am, reading away, spell firmly cast… and I reach the mid way turning point.  No spoilers, though this was a best seller too, so most of you will know the drama I’m referring to.

This is what happens to me as I read: I gasp with shock, say out loud oh my God, to the empty room. The episode, written with breathtaking skill given its high drama, is profoundly shocking and utterly believable.  I declare Louise Doughty and her writing amazing. I read the rest of the book, gripped, and thoroughly bewitched.  Once I’d finished it, I rushed to my social networking platforms to tell everyone about it, with gushing praise and unreserved recommendation. I declared it my book of the year.  I read it again, more slowly this time, to fully take in the brilliance of the plot. I bought other books by Louise Doughty and read those too. I had long discussions with friends about the complexities and dilemmas that the book presents. I look forward to the film and/or TV series, and hope that film can do the book justice. Such very different reading experiences, hinging on that mid way plot turn, the point from which there is no way back.

Both Gone Girl and Apple Tree Yard had decisive, dramatic mid-points.  Both the content and the execution of this turning point is crucial to the maintenance of the spell cast by the author. In these two examples, both writers are very skilled.  So for me, what let Gone Girl down was the content of this turning point.  I simply could not believe that what happened could or would happen, and the spell was broken.   Whereas the turning point in Apple Tree Yard, a crime committed with some frequency, is much easier to believe; and, described in a way that ignited my own fears of such a crime. I read on, spellbound. So there’s the formula for a great novel – cast a spell and get the delicate dynamics of the shock turning point absolutely right, as this is the moment that a reader commits, or not, to the rest of a novel. So it’s the next Apple Tree Yard I long for, not the next Gone Girl.

Many thanks to Voula for sharing her expert insights.  Our responses to these two novels are broadly similar (which I didn’t know in advance) and although I also rated Apple Tree Yard over Gone Girl, I have to say that they both proved to be amongst the most hotly debated and stimulating titles read by my book group.

What’s your response to novels being compared to Gone Girl (or other bestsellers) or written in the same vein as something that’s been a big success?

Next week  – actually I have no idea what’s happening next week.  Something will!