Today, as a supplement to my Summer Reads 2017 selection, it’s great to be bringing you something a bit different: a showcase of recent and ‘coming soon’ titles by members of The Prime Writers.  I’m very lucky to be part of this fantastic community of novelists first published over the age of 40 and have really appreciated their support and generosity during an eventful phase of my writing life. But above all, they are talented and committed authors, working in a much wider range of genres than I usually feature here on the Literary Sofa, including Young Adult, psychological thriller and crime. In a rare departure, I can’t claim to have read all of these books but those I have read are excellent and I’ve heard great things about the rest.  At the end of the post you’ll find clickable covers for five additional TPW titles which I’ve really enjoyed this year (including two of my top picks for the summer, by Terry Stiastny and Juliet West), with links to guest posts by the authors.

Key West, 1993. A 96 year-old Cuban woman murders a Ku Klux Klan official in public, with hundreds of witnesses.  She will say nothing except to admit her guilt.  To find out why, we must go back to 1919, when mixed-race Alicia Cortez flees her comfortable home in Havana for a new life in Key West.  There she meets damaged war hero, John Morales and falls in love, but this is the era of racial segregation.  Watching them both is Dwayne Campbell, poised on the brink of manhood, desperate to impress his racist preacher father. When the Klan comes to town, all three are swept up in a spiral of violence which will change their lives, and leave an indelible mark on the town.  Part love story, part crime thriller, ‘At First Light’ dramatizes a shameful episode in America history, with many resonances today. 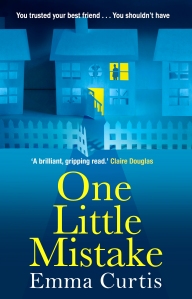 Vicky has the perfect life.  With a loving husband, three children and a gorgeous house, she has everything her friend Amber wants.  But Vicky isn’t content, and when she makes a mistake, putting one of her children at risk, her life begins to unravel.  She thinks she can trust Amber with her secret, but Amber is not all she seems.  In Amber’s opinion, if you are careless with those you love, you don’t deserve to keep them. The unfolding crisis is intercut with a story set eighteen years earlier. After losing her mother to drugs, ten-year-old Katya fixates on her social worker Maggie, and dreams of being adopted by her and becoming a sister to Maggie’s daughter.  All Katya wants is someone to love her… 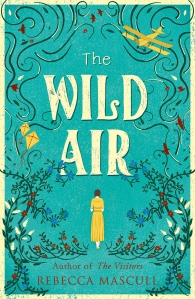 In Edwardian England, aeroplanes are a new, magical invention, while female pilots are rare indeed. When shy Della Dobbs meets her mother’s aunt, her life changes forever. Great Auntie Betty has come home from Kitty Hawk, North Carolina, across whose windswept dunes the Wright Brothers tested their historic flying machines. Della develops a burning ambition to fly and Betty is determined to help her. But the Great War is coming and it threatens to destroy everything – and everyone – Della loves. THE WILD AIR is a story about love, loss and following your dreams against all odds.

Grace Adams has spent three years trying to move on from the traumatising events of in her past. But it’s not easy when the world is morbidly curious about the crimes that shaped her childhood, when despite her changed name, people still track her down for the sensational details. Now in college in Bolton, Montana, the one person Grace has trusted with the truth about her past has betrayed her. The bestselling novelist Peter Granger is threatening to use her story in his next book. And then, on Halloween night, Granger’s house burns to the ground and his and his wife’s bodies are found inside. Detective Macy Greeley is sent to Bolton to handle the investigation into the fire and deaths. It doesn’t take Macy long to realise that Grace isn’t the only who’d fallen out with the writer. Silent Rain is the fourth book in the Macy Greeley Mystery Series. 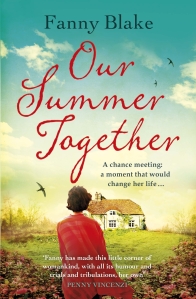 Caro knows how to be a mother – advising her grown-up daughters on career and relationship worries. She knows how to be a grandmother – enjoying the hectic energy of her three-year-old grandson. She knows how to be a daughter – helping her aging mother retain her independence. She thought she knew everything about being a wife, but when her husband ups and leaves her for another woman, everything is thrown in the air. So, when a chance meeting introduces her to Damir – younger, intriguing and attentive – she comes to realise that opening up to a man so different from everyone else in her life might also mean getting to know who she really is . . .

Gor is keeping busy. He has a magic show to rehearse, his new assistant to get in line and a dacha in dire need of weeding. But he keeps being distracted by a tapping on his window – four floors up. Is old age finally catching up with him? Tolya has woken from a long illness to find his memory gone. Tidied away in a sanatorium, with only the view of a pine tree for entertainment, he is delighted when young doctor Vlad decides to make a project of him. With a keen listener by his side, and the aid of smuggled home-made sugary delights, Tolya’s boyhood memories return, revealing dark secrets…Two Cousins of Azov is the story of two men who, in the autumn of their years, have the chance to learn that memories can heal, as well as haunt. 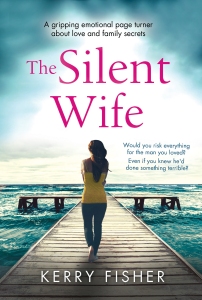 Lara’s life is to be envied with a gorgeous Italian husband, Massimo, her little son, Sandro and a perfect home. But Lara knows something about Massimo. Something she can’t tell anyone or everything they hold dear will fall apart: his job, their reputation and their son. But can she keep the secret when her own sanity is at stake? Maggie is the second wife of Massimo’s brother, Nico. His teenage daughter and Italian mother are openly hostile to Maggie, making every day a battleground. But the one thing she thinks she can take for granted – that there’s total honesty between her and Nico – is put to the test when she discovers a shocking secret about Nico’s first wife. Will Maggie set the record straight or keep silent to protect the people she loves? For a family held together by lies, the truth comes at a devastating price.

This is Oxford. The real Oxford. Not the dreaming spires and punting. Not the bicycles and tourists. Not the gowned academics and sandstone colleges. This is Dead End Close.  Seven houses and their inhabitants: different people, different lives, brought together in one cul-de-sac… and all with the sinister feeling that someone is watching and steering the events that unfold around its residents. Seven houses, seven deadly secrets and before long, all begin to converge. Who or what can save them?

Martha Honeydew has been released from the terrifying Cell 7. But despite her new freedom, the corrupt judicial system is still tracking her every move. And Isaac, her only trusted friend, is now imprisoned in the very same cells she was – with the TV show Death is Justice watching him, and the public voting on his fate gladiator-style. Isaac saved Martha’s life, it is only right she now saves his. But with Martha still a target, her chances of saving Isaac are remote. Martha begins to question whether it is ever possible to escape government scrutiny. How far will Martha go to see justice served? What would she endanger? And will those who are truly guilty ever be brought to justice? 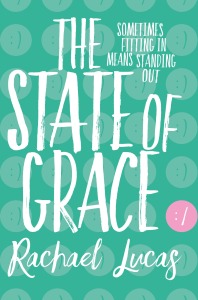 Grace has Aspergers and her own way of looking at the world. She’s trying to work out where she fits in, and if she even wants to…

Gin has returned home from New York to throw a party for her mother’s eightieth birthday; a few blocks away, at the Residence, Nelson Mandela’s family prepares to announce Tata Mandela’s death. Johannesburg is responsive to Virginia Woolf’s Mrs Dalloway and follows a polyphonic course across a single day, culminating in a party. It traces the fractures and connections of the city, in particular, Gin’s encounter with September, a homeless man who lives in the neighbourhood. An irascible mother, a daughter trying to negotiate a city and the people from her past, a homeless man who takes his fight for justice to the doors of a mining company, a man haunted by his first love, the domestic workers who support the neighbourhood – these are the characters who give voice to the city on this day. Johannesburg is a hymn to an extraordinary city, and a devastating personal and political manifesto on love.

Early one morning, blogger Alex Kubelick walks up to a total stranger and slaps him across the face. Hard. He smiles. They’ve both just earned Emoticoin, in a new, all-consuming game that trades real-life emotions for digital currency. Emoticoin is changing the face of the economy – but someone or something is controlling it for their own, dangerous ends. As Alex picks apart the tangled threads that hold the virtual game together she finds herself on the run from very real enemies. It seems only one person has the answers she seeks. Someone who hides behind the name ‘Lucky Ghost’. But Lucky Ghost will only talk to a young hacker called Thimblerig – the online troll who’s been harassing Alex for months. Will Lucky Ghost lead Alex and Thimblerig to the answers they seek – or to their deaths?

Scroll all the way down for 5 recommended titles by Prime Writers who have appeared on the Literary Sofa – clicking on the covers takes you to the guest post including my review: 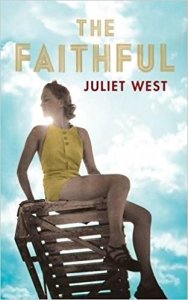 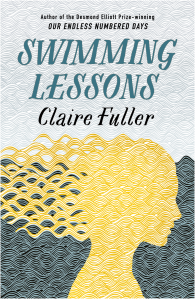