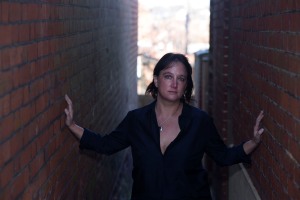 Last week’s piece on Resilient Thinking and First Drafts was my first post about writing in a long time and it struck a chord with so many people that I’ve decided to do a follow-up on resilience and the editing process, once I get to that point with my new manuscript (patience required).  Whilst my head is full of that, I’ll probably be taking a more laid-back approach to the blog, writing more features of my own without always focussing on a particular book – maybe going beyond books altogether, who knows? It’s liberating to sit down and write a thousand words which don’t have to work in perfect harmony with 80,000 other words – and nice when people read them!

But for today, I’m especially delighted to be welcoming another of my autumn Sofa Spotlight authors, Henrietta Rose-Innes, to talk about her home city of Cape Town, one of my favourite places anywhere in the world.  My review of her excellent novel Green Lion follows:

When I was a fledgling writer, with my debut novel (Shark’s Egg) just out, one of my first reviewers rather snittily remarked that I should “get out of Cape Town” and see the world. At the time it stung, but even then I knew he was wrong. Not that I didn’t need to witness more of life – I most certainly did; but you can find a lot of lives in my hometown, and I’ve been quite happily writing about Cape Town and its surroundings ever since. Here is my source: this old colonial outpost at the southern tip of a continent, with its complex history and glorious views. Still wrangling with its past; still full of surprises. 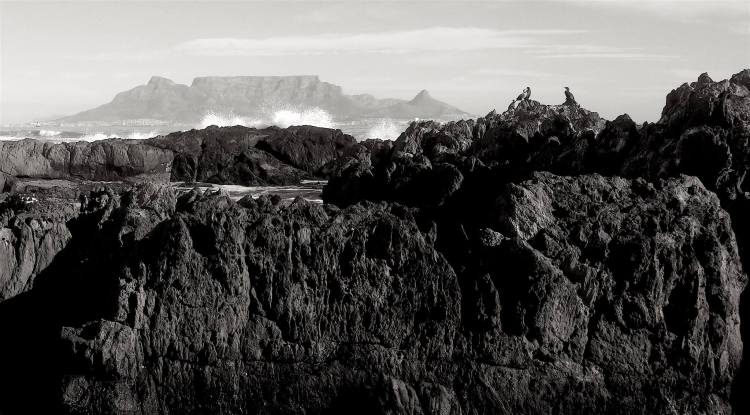 Visitors notice the contrasts and juxtapositions on display here. The mansions alongside the tin shacks, the startling beauty and raw inequality. Oceans on either hand, and a great big flat-topped mountain set down in the middle of it all. To tourists, Table Mountain seems incongruous, wondrous; to locals, it’s a landmark and a compass point, even for those of us who live so far from the centre that the “tabletop” is a just pale silhouette. Having a mountain changes things. Capetonians’ heads are often in the clouds, as anyone from grittier, faster, slicker Jo’burg will attest. Here, it’s possible to to climb into the sky and gaze down upon the geography of the city from a contemplative distance – a novelistic view. It’s a good city for writing. 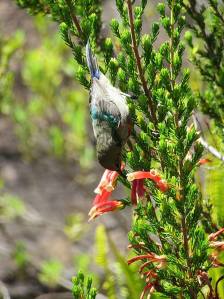 I’m interested in the margins of these worlds: the grey areas of overlap between urban and wilderness, rich and poor. My most recent novel, Green Lion, is largely set in one of these interzones. It’s a little bit historical, a bit futuristic, not entirely real and not quite fiction. In a zoo perched on the side of the mountain, the story erupts when all of these barriers are breached and a supposedly extinct lioness escapes through the fence. My previous novel, Nineveh, plays out in a luxury housing estate, struggling to find its footing on the uncertain soil of a swamp, beset by slippery animal inhabitants. Both are based on real sites in Cape Town, but they’re not the usual views offered to tourists. I hope, for readers from elsewhere, that my books give a glimpse of an unexpected city. For locals, I hope they make the familiar seem a little strange, revealing something new, or very old, peeking out from the cracks in the pavement. 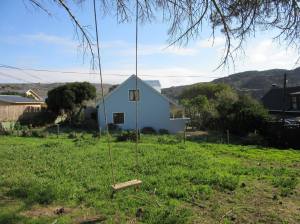 Both novels explore meetings between human and non-human denizens of Cape Town (or a town very much like it, just slightly tweaked). I think it’s a city that encourages such encounters. More than most places, one is confronted by a sense of the non-human world infiltrating this one – wilderness is always right there, next door. (Sometimes it’s actually breaking down the door, as happened just last week when a baboon broke into my house and ran off with an armful of apples – a not infrequent occurrence in the South Peninsula.)

It’s also a town where you can hear history knocking.  Cape Town is the oldest city in South Africa, the first place colonialist settlers planted their flags, initially the Dutch and then later the English. A violent history lies just under the skin of the city – at times literally, as when a forgotten slave and pauper graveyard was accidentally excavated during construction in Greenpoint, close to the city centre. And of course there is District Six, the residential area that was notoriously bulldozed by the apartheid government, starting in the late 60s, to make way for planned white housing – and which remains a shameful scar on the city to this day. Dig even deeper, and you’ll find the skeletons and hearths and stone tools of the people that lived here long before Cape Town was Cape Town. The soil underfoot is full of untold stories.

All these layers are irresistible to a novelist, of course. This city has affected has affected not only what I write, but how – and also, I suspect, my whole creative sensibility. My favourite spaces lie in that narrow gap between the real and the unreal, where you sense that there’s another reality just next to or behind this one – just as the other, wilder universe of the mountain is always floating in the corner of the eye, above and alongside our busy Cape Town lives. I don’t think I could have written my books in any other place.

Thank you to Henrietta for giving such an interesting account of her relationship with her home town – I think she’s definitely proved that reviewer wrong! 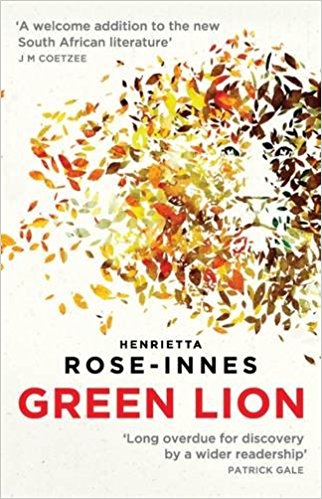 IN BRIEF: My View of Green Lion

There’s no doubt that I particularly enjoyed this novel because it transported me to Cape Town, but as the author hoped, it has appeal for those who do and don’t know the city (or, who know it deeply or only as a visitor, like me).  Like all big modern cities it’s a complex place of contrasts, but its unique aspects are captured with an added layer of strangeness  from the near future setting.  Much of the strength and subtlety are down to this dimension not being implausibly wacky; for me it was easier to invest in this book than some with more extreme premises.  Green Lion calls into question our relationship with the natural world without being preachy – it is above all a compelling story peopled by intriguing characters, in particular protagonist Con.  His background and relationships make him just unusual enough to carry an off-beat story like this, whilst remaining empathetic – further evidence of judicious balance. Rose-Innes writes convincingly in male perspective but this is just one manifestation of a considerable talent: her lyrical but understated prose has both edge and elegance, a combination I am always excited to discover.  Highly recommended for lovers of literary fiction inspired by ‘issues’, driven by great storytelling.

No post next week – as it’s half term I shall be dividing my time between wild coastal walks and writing in Pembrokeshire.  On 1 November my next guest will be Roz Morris, known to many in the book business, and especially to self-publishers, talking about her newly released travelogue Not Quite Lost. 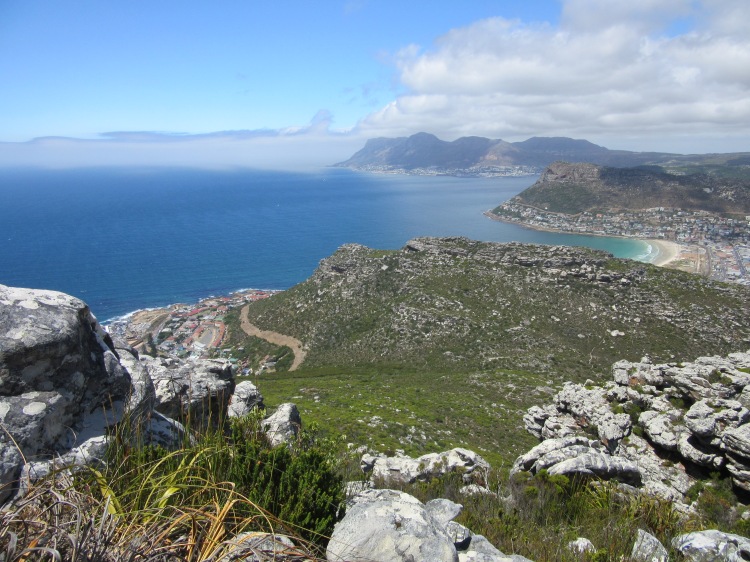 Novelist and short story writer based in London. Debut novel PARIS MON AMOUR now out in digital and audio, paperback on 22 May 2017. Host of the Literary Sofa blog.
View all posts by Isabel Costello »
« Resilient Thinking and First Drafts
Slow Journeys – Why we read »