I’m very excited to unveil the Literary Sofa SUMMER READS 2014. From a field of over 50 titles considered, the twelve books I selected reflect the breadth of my taste and hopefully also yours. You’ll find crime and mystery, a memoir, comic and tragic family sagas, intriguing tales of identity, love stories, pacy pageturners and top notch literary fiction. It’s an international list with several titles and authors crossing borders. Two are translations, half are debuts. Settings range from London to the North of England [1, 8, 10], from very different areas of the USA [5, 7, 9, 11] to Ireland [2], Albania [3], Paris [4], Mallorca [6] and Siberia [12]. There’s a post-World War One novel [1], fascinating glimpses of the 1970s [10] and 1990s [7] and several titles spanning decades [3, 5, 10, 11], but most are contemporary.

I’ll be featuring some of these and other excellent novels I couldn’t include in the coming weeks.

Numbers for ease of reference. Titles already available in the UK listed first, the rest in order of UK publication date. Text adapted from publicity materials. 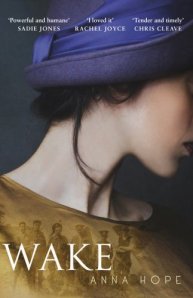 Five Days in November, 1920: As the body of the Unknown Soldier makes its way home from the fields of Northern France, three women are dealing with loss in their own way: Hettie, who dances for sixpence a waltz at the Hammersmith Palais; Evelyn, who toils at a job in the pensions office, and Ada, a housewife who is beset by visions of her dead son. One day a young man comes to her door carrying with him a wartime mystery that will bind these women together and both mend and tear their hearts. A portrait of three intertwining lives caught at the faultline between empire and modernity, Wake captures the beginnings of a new era, and the day the mood of the nation changed for ever. 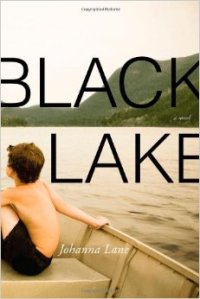 For generations the Campbells have lived happily at Dulough, an idyllic rambling estate on the Atlantic coast of Ireland. But upkeep has drained the family coffers, and in order to keep Dulough John Campbell decides to open its doors to the public as a museum, whilst he and his wife, daughter and son move from the luxury of the big house to a small caretaker’s cottage. The upheaval strains the already tenuous threads that bind the family and when a tragic accident befalls them, long-simmering resentments and unanswered yearnings surface. As each character is given a turn to speak, their voices tell a complicated, fascinating story about what happens when the upstairs becomes the downstairs and the legacy left when family secrets are revealed. 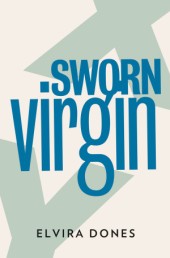 Hana Doda is an ambitious literature student in the cosmopolitan Albanian capital,Tirana. Mark Doda is a raki-drinking, chain-smoking shepherd, living alone deep in the mountains. They are the same person. When Hana’s dying uncle calls her home from the city, he asks her to marry a local boy in order to run the household. Unable to accept the arranged marriage and determined to remain independent, in accordance with Albanian tradition she vows to live the rest of her life in chastity as a man and becomes Mark. Years later, when Mark receives an invitation to join a cousin in Rockville, Maryland, he sees a chance to escape being a sworn virgin and start over in America. But after all this time, what does he know about being a woman?

In the stifling heat of Paris in August, Commandant Serge Morel is called to a disturbing crime scene. An elderly woman has been murdered to the soundtrack of Faure’s Requiem, her body grotesquely displayed. Morel has problems of his own. His father is beginning to succumb to senility and Serge is unsettled by the reappearance of Mathilde, the beautiful woman he once loved. As the investigation progresses, the key suspects are a middle-aged man and a mute teenage boy who have been delivering religious pamphlets in the city’s suburbs. But as more elderly women are targeted, Morel’s enquiries lead him back to the past, from the French countryside to Soviet Russia – and to two young boys with the most terrible stories to tell. 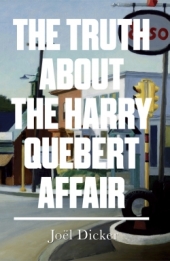 In summer 1975, struggling author Harry Quebert fell in love with fifteen-year-old Nola Kellergan. Thirty-three years later, her body is dug up from his yard in Somerset, New Hampshire, along with a manuscript copy of the novel that made him a household name. When Quebert is the only suspect, his most gifted protégé Marcus Goldman throws off writer’s block to clear his mentor’s name. Solving the case and penning a new bestseller soon merge into one. As his book begins to take on a life of its own, the nation is gripped by the mystery. But with Nola, in death as in life, nothing is ever as it seems.

For the Posts, a two-week trip to the Balearic island of Mallorca with their extended family and friends was supposed to be a celebration: Franny and Jim are observing their thirty-fifth wedding anniversary, and their daughter, Sylvia, has graduated from high school. Their son joins them from Florida with his girlfriend. The sunlit island, its mountains and beaches, its tapas and tennis courts, promise an escape from the tensions simmering at home in Manhattan. But all does not go according to plan and over the course of the vacation secrets come to light, old and new humiliations are experienced, childhood rivalries resurface and ancient wounds are exacerbated.

After leaving graduate school to pursue her dreams of becoming a poet, 23-year-old Joanna Rakoff moves to New York City and takes a job as assistant to the literary agent for J. D. Salinger. It’s the pre-digital late 1990s, where Dictaphones and typewriters still reign and old-time agents doze at their desks after martini lunches. At night she goes home to the tiny, threadbare Brooklyn apartment she shares with her socialist boyfriend. Precariously balanced between glamour and poverty, surrounded by titanic personalities, Joanna is given the task of answering Salinger’s voluminous fan mail. But as she reads the candid, heart-wrenching letters from around the world, she finds herself unable to type out the agency’s decades-old form response. She abandons the template and begins writing back. 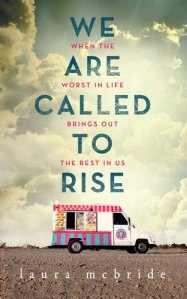 [9] We Are Called To Rise – Laura McBride (Simon & Schuster)

Beyond Las Vegas’s casinos lies a boomtown where four lives will be united by one split-second choice. We Are Called to Rise is told in these four voices: an immigrant boy whose family is struggling to assimilate, a middle-aged housewife coping with an imploding marriage and a troubled son, a social worker at home in the darker corners of the city, and a wounded soldier recovering from an injury he can’t remember getting. It’s a story about compassion, personal responsibility and families – the ones we are born to and the ones we make.

In the early Seventies a glamorous and androgynous couple known collectively as Evie/Stevie appear out of nowhere on the isolated concrete campus of a new university in the North of England. To a group of teenagers experimenting with radical ideas they seem blown back from the future, unsettling everything and uncovering covert desires. But the varnished patina of youth and flamboyant self-expression hides deep anxieties and hidden histories. For Adele, with the most to conceal, Evie/Stevie become a lifelong obsession, as she examines what happened on the night of her own twentieth birthday and her friends’ complicity in their fate.

Guest Post – Linda Grant on The Self in Fiction

Florida: One sunny morning in 1969, Frances Ellerby finds herself in Stiltsville, a community of houses built on pilings in the middle of Biscayne Bay. On the dock of a stilt house, with the dazzling Miami skyline in the distance, she meets the house’s owner, Dennis DuVal—and a new future reveals itself. Turning away from her quiet, predictable life back in Atlanta, Frances moves to Miami to be with Dennis. Over time, she earns the confidence of his wild-at-heart sister and the approval of his oldest friend. Frances and Dennis marry and have a child—but rather than growing complacent about their good fortune, they continue to face the challenges of intimacy in the complicated city they call home.

The beginning of a relationship is usually all about sharing stories far into the night, comparing experiences, triumphs and heartaches until we know one another inside out. Not so for Dave and Alena. He’s from London, she’s from Siberia. They meet in a sleek Bond Street department store in the frayed heat of high summer, where she’s up to no good and it’s his job to catch her. So begins an unlikely relationship between two people with pasts, with secrets they’ve no idea how to live with — or leave behind. But despite everything they don’t have in common, all the details they can’t and won’t reveal, they still find themselves fighting with all they’ve got for a future together.

Congratulations to these talented authors and as always, an enormous thank you to the editors and publicists who send me proof copies and keep me in the loop all year round. I run The Literary Sofa to spread the word about good books, so if you like my selection please tell your friends/share on Twitter and Facebook. And if this is your first visit I hope you’ll be back soon.

THANK YOU to everyone for the overwhelming response to this year’s Summer Reads selection and especially to all who entered the competition – it was really interesting to see which titles caught your eye.  The three winners picked by random number generator are:

CLAIRE KING who wins a copy of THE LYING-DOWN ROOM by Anna Jaquiery.

LINDSAY HEALY who wins a copy of THE TRUTH ABOUT THE HARRY QUEBERT AFFAIR by Joël Dicker.

COLETTE BARNES who wins a copy of THE VACATIONERS by Emma Straub.

I’ll be in touch with the winners individually very